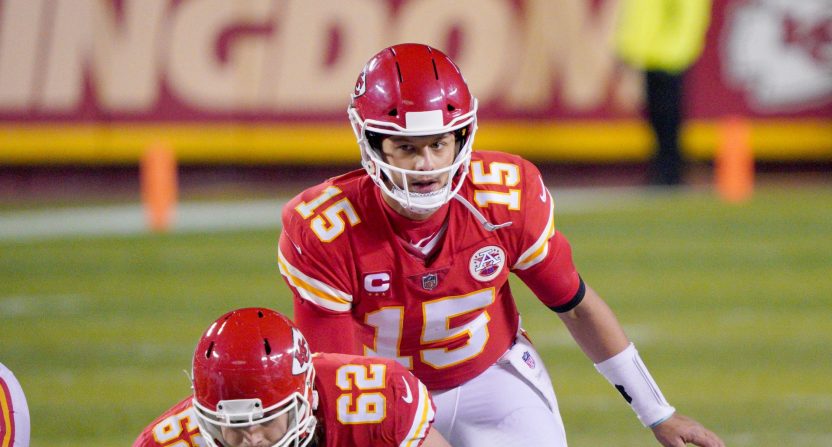 Hundreds of prop bets are available for Sunday’s Super Bowl matchup between the Kansas City Chiefs and Tampa Bay Buccaneers. Here’s a collection of notable and/or interesting and/or potentially profitable props along with some analysis.

First-quarter total: 10 points — Consider that Tom Brady has scored a grand total of three points in nine Super Bowl first quarters, but then consider that Brady’s on a different team now, that Andy Reid and Bruce Arians have been working on scripts for two weeks, and that oddsmakers have potentially overcompensated for that history in setting this total. The over might be worth a shot, with a high probability of a push.

Clyde Edwards-Helaire: 29.5 rushing yards — CEH wasn’t 100 percent when he returned from injury and settled for just seven yards on six carries in the AFC Championship Game. Two weeks’ worth of rest and preparation should help here, and note that the rookie had at least 30 rushing yards in 11 of his 13 regular-season outings. Throw in that the Chiefs are likely to try to take heat off Patrick Mahomes with both offensive tackles hurt, and the over looks like a no-brainer.

Rob Gronkowski: 2.5 receptions — I know Gronk is Gronk, but he has just 10 catches in his last seven games and just two in his last three. I’d stay away from his yardage prop because he could pop a big one at any moment, but it’s doubtful he’ll be the focal point Sunday night. The under looks safe.

Super Bowl MVP: Leonard Fournette (+3167) — Fournette has arguably been Tampa Bay’s offensive MVP these playoffs, and quarterback bias along with the return of Ronald Jones II is bolstering his value here. It’s ridiculous that Antonio Brown has better MVP odds than the Bucs’ best back as they prepare to go up against a bad run defense. I’d also consider a flier on NFC title game hero Shaq Barrett in the +5300 range.

Tom Brady: 0.5 rushing yards — Victory formation is always a threat here, and I’m on the Bucs so that’s a risk. But it should be a very close game, and it’s easy to imagine Brady sneaking for first downs and/or touchdowns here. He’s good for a yard or two.

Patrick Mahomes: 19.5 rushing yards — Also hitting the over hard here. This number is low because Mahomes was hardly a factor as a rusher against the Browns and Bills in Kansas City’s first two playoff games, but that’s likely to change here. Mahomes says his injured toe is nearly 100 percent, and he’ll probably put it all on the line in the final game of the season. He had at least 29 rushing yards in all three playoff games last year, and he might be pushed out of the pocket often considering the current state of his offensive line.

Total sacks: 4.5 — The over pays +135 here, which is tough to pass up. Brady and Mahomes aren’t sacked often, but the Bucs took down Aaron Rodgers five times in the NFC title game and will now be facing an offensive line without its two starting tackles. Meanwhile, Brady will have big-game performers Chris Jones and Frank Clark to deal with up front for Kansas City. You can probably also get favorable odds at an even four sacks if you want to play it safe.