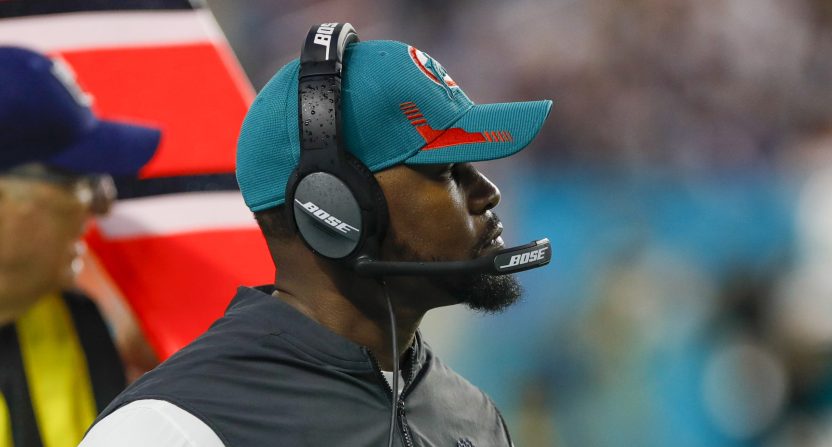 Former Miami Dolphins head coach Brian Flores is in the middle of a racial discrimination class action lawsuit against the NFL. The lawsuit seemed to be a death knell to Flores’ NFL coaching career but he has found a job with the Pittsburgh Steelers as a senior defensive assistant and linebackers coach. It’s certainly not a head coaching or coordinator job but it’s an NFL job nonetheless.

In a statement from the Steelers, head coach Mike Tomlin said, “I am excited about Brian Flores joining our coaching staff given his history of developing and teaching defensive players during his time in the NFL. Brian’s resume speaks for itself, and I look forward to him adding his expertise to help our team.”

We have named Brian Flores as our senior defensive assistant/linebackers.

This might not be welcome news for those teams who were named in the lawsuit by Flores but the Steelers weren’t one of those teams so in their minds, they’re hiring a great coach. Flores’ addition to the Steelers should be an improvement for the coaching staff. Someone with head coaching experience focusing on a single position is some major depth and given that the linebacker position is typically the backbone of the Steelers’ defense, Flores should have a big role to play in coaching the Steelers defense.