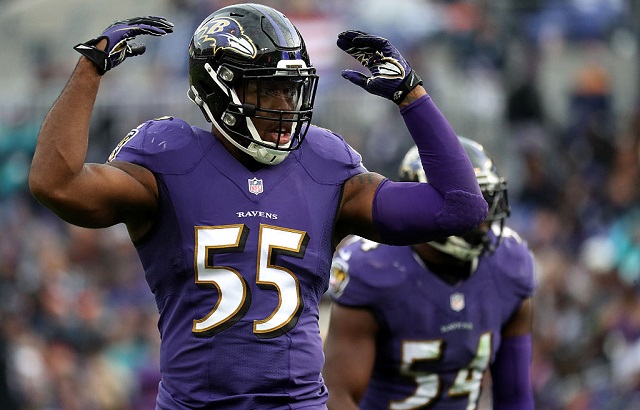 While you were sleeping early Tuesday morning, the National Football League announced the eight teams and four matchups that will play in London during the 2017 regular season.

Next year, the NFL will play four games in London, moving up from the three held in the UK this season (with a fourth international game in Mexico).

As for the eight teams playing, the Baltimore Ravens, Cleveland Browns and Arizona Cardinals will go overseas for the first time, while the Jacksonville Jaguars will play their league-high fifth game in London in 2017 and the Dolphins will play their fourth. Joining them will be the New Orleans Saints, Minnesota Vikings, Miami Dolphins and Los Angeles Rams.

According to Pro Football Talk, some interesting deals were made to get the four teams hosting home games in London to play there. The Jaguars committed a while back to playing consistent home games in London every year, and will have at least one “home” game in England every season at least through 2020. The Rams agreed to give up one of their home games to London, since their new stadium is currently being built in L.A. (The Rams’ new home is expected to be opened in August 2019.)

Getting the 2020 Super Bowl in Miami was part of the deal for the Dolphins giving up a home game to London. Any revenue lost for a regular season home game will be exceeded by the massive income generated from hosting a Super Bowl. And for the Browns, they almost literally have nothing better to do. According to PFT’s Michael David Smith, the Browns agreed to play a “home” game in London because they are in rebuilding mode and struggle to fill their stadium for home games. (Side note: It feels like the Browns have been in rebuilding mode for decades.)

4⃣ games coming to London in 2017:@Saints vs. @MiamiDolphins@Ravens vs. @Jaguars@Vikings vs. @Browns@AZCardinals vs. @RamsNFL

The official dates of these games will be set when the NFL releases its full schedule in the future, but the teams involved know that they’ll be in London for either Week 3 or 4, or Week 7 or 8 next season.

In news that should shock nobody, many people (including some fans on The Comeback staff) weren’t too happy about their teams playing in London or the league’s decision to move more games across the pond.

Are we trying to get London to hate NFL football? https://t.co/lnA0I16ryz

@tim_radio @NFL The game was moved to London because … well … we knew dog-gone well nobody in America wanted to watch it.