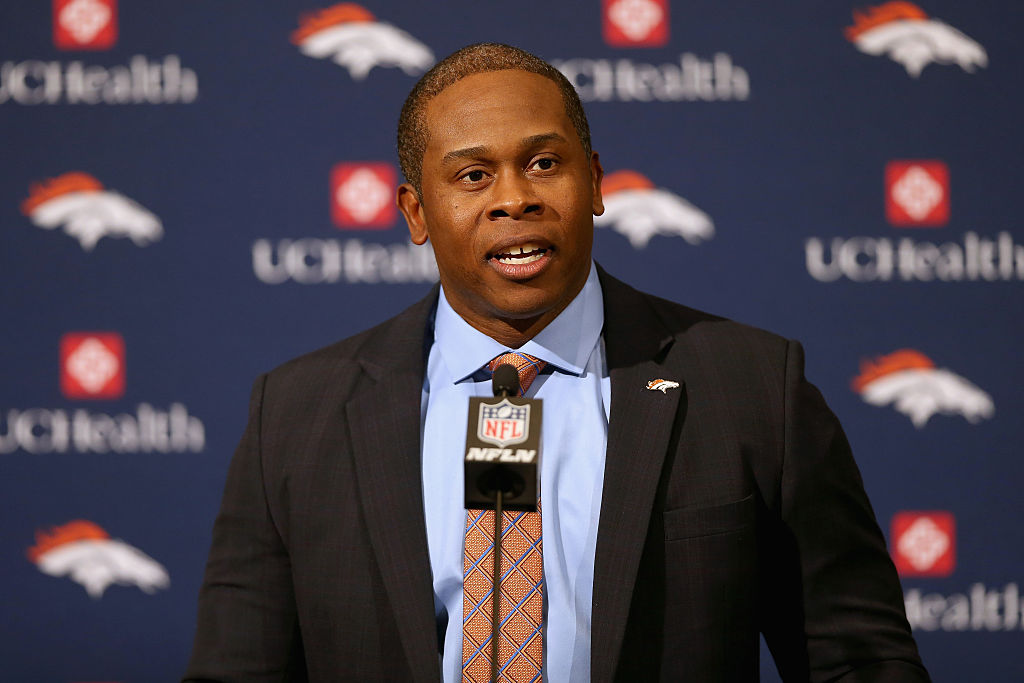 On January 11th, the Denver Broncos announced they signed Vance Joseph to a four-year deal to be their new head coach. Less than a week later, reports began to circulate that Joseph had previously been accused of sexual assault.

Joseph has been a football coach in the state of Colorado before. After playing for the University of Colorado in college and a short NFL career, Joseph was a graduate assistant for the Buffaloes in 2001. From 2002 to 2003, he was the defensive backs coach at Colorado, and that’s where our story begins.

In 2004, right before he left his job with the Buffs, Joseph was accused of sexually assaulting two female trainers, according to the Boulder Daily Camera. He was placed on administrative leave, and then left to take a job at Bowling Green. The allegations were investigated as part of a larger sex and alcohol recruiting scandal the school went through in the early 2000s as well.

Joseph was not arrested or charged criminally in the case, as one woman didn’t speak to the police originally and the other said she didn’t want to press charges.

When word of this story came out this past weekend, Joseph wasn’t made available for questions by the Broncos. However, the team acknowledged that they knew of the allegations.

“While we were aware of these accusations, he was not charged with anything from the report filed in 2004,” Patrick Smyth, the Broncos’ vice president of public relations, said Saturday evening.

Last Thursday, the Broncos did also acknowledge reports from 2005 that stated Joseph was investigated for sexual harassment. However, University of Colorado-Boulder spokesperson Ryan Huff didn’t respond to questions about the allegations from 2003 directly, citing state law that “prohibits the release of any university records of sexual misconduct cases.”

The Daily Camera’s search into the sexual assault allegations brought them to police records from the early 2000s. In March of 2004, a Boulder detective was asked to find two potential sexual assault victims. The search was to be conducted as part of the Attorney General of Colorado’s task force looking into claims that the Buffs’ athletic department used sex and alcohol to recruit football players. That was the recruiting scandal that rocked the school in the early 2000s.

The two women were trainers and did agree to speak later more to the police when they said they were assaulted by Joseph in 2003. The duo were at a bar in downtown boulder when they saw a 30-year-old Joseph out as well. Neither had dated him previously, but they had seen him out before.

After they talked at the bar, Joseph brought them drinks and then the trio went back to a house. There, they continued drinking before smoking marijuana.

At one point, one of the victims went to bed in the house only to wake up to Joseph entering the bedroom. He took his clothes off and started “touching her all over with his hands and rubbed his body against her,” according to the police report.

The same police report examined by the Boulder Daily Camera said the next morning the two women talked and discovered Joseph did the same thing to both of them.  At that point they told him to “get the hell out.” They also told police they “knew exactly what he was doing” and that “he’s just a sleazeball.”

While the women didn’t want to press charges, one said she thought Joseph should lose his job because of the incident. Joseph was placed on administrative leave on April 4, 2004, and he wound up leaving for Bowling Green on April 9. The case was declared “exceptionally cleared” by the Boulder PD on April 8 thanks to the victims’ reluctance to testify. However, these allegations have now resurfaced, and while they haven’t been proven in court, they certainly have created some controversy around the Broncos’ hire of Joseph.