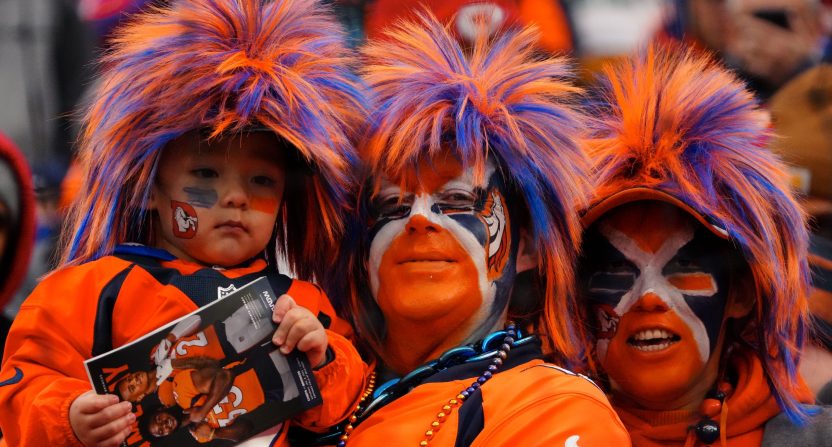 The 2022 season will truly one of change for the Denver Broncos. They have a new head coach in Nathaniel Hackett, a new quarterback in Russell Wilson, and now, a new ownership group.

In a statement released on Tuesday, the Broncos announced that the ownership group of former Walmart Chairman and heir to Walmart’s fortune Rob Walton, his daughter Carrie Walton Penner, and her husband Greg Penner have bought the team. Mike Klis of 9News in Denver added that the sale is worth $4.65 billion, which is a record for an American sports franchise.

The Denver Broncos and the Walton-Penner family have entered into a purchase and sale agreement to acquire the team.

Per industry source, the sale price for the Broncos is a U.S. sports-franchise record $4.65 billion. It's clear how much Walton-Penner group wanted Broncos. #9sports

While this news was expected, it brought a strong reaction from the NFL world.

And there it is.

The #Broncos have a new owner. The @Broncos are now Walmart-owned (basically). https://t.co/xmdooP4AdQ

The #Broncos now have — far and away — the NFL’s richest ownership. https://t.co/v93SXKNjyT

Wow the Broncos get the wealthiest owner in the 4 major sports and of course we are the sport that has a salary cap so it doesn’t mean as much as Cohen or Balmer buying the Mets and Clippers respectively https://t.co/f5R6D0GgNv

Couple of big things down the road

1) Looks like they have a succession plan in place. Good to see the team won’t have to go through this again any time soon.

2) Crazy to think of all the businesses now tied to the Broncos through these owners. https://t.co/qaRMdsg6xb

It's happening… but no low prices for Walmart here.. #broncos #Walmart https://t.co/7U3wUVZlEN

Pat Bowlen bought the Broncos in 1984. He relinquished most of his control in 2014, due to the onset of Alzheimer’s disease. He remained the franchise’s principal owner until his death in 2019. Since then, the Broncos have been in a state of flux.

From the time Bowlen bought the team through the 2015 season, the Broncos were consistently one of the NFL’s best teams. In that span, Denver reached the playoffs 18 times, won the AFC West 13 times, reached seven Super Bowls, and won three championships.

But the Broncos have fallen short of the playoffs in each of the six subsequent seasons. The last five of those seasons have all yielded losing records. Denver’s fans are no doubt hoping that the new ownership, head coach, and quarterback will usher in a new era of success.