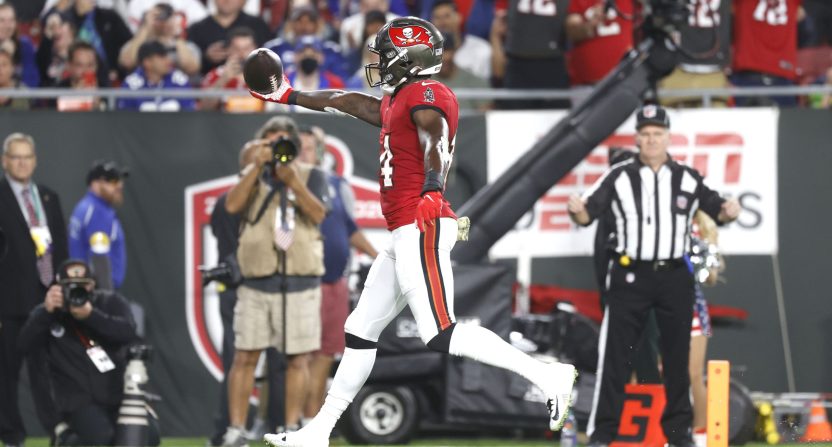 There’s been a ton of controversy surrounding the Tampa Bay Buccaneers, thanks to Tom Brady’s absence from training camp. But the team will look to put that aside for their first matchup of the season against the Dallas Cowboys.

Unfortunately for the Buccaneers, they may need to do so without star wide receiver Chris Godwin, who’s recovering from a torn ACL he suffered near the end of last season.

Godwin has been an off-and-on participant in practice for the Buccaneers, and on Friday, Tampa head coach Todd Bowles gave an update on Godwin’s availability for the team’s game on Sunday night.

According to Buccaneers reporter Jenna Laine of ESPN, Bowles revealed that Godwin will be a true game-time decision, and the decision on whether or not he will play will come right around kickoff time.

Coach Todd Bowles said the decision on Chris Godwin will come right up until kickoff.

Godwin is coming off an extremely impressive season before his injury, finishing 2021 with 98 catches for 1,103 yards and five touchdowns in only 14 games played.

His impact on Tampa’s offense cannot be overstated, and it would be a huge blow if he were forced to miss their debut game against Dallas.

Godwin was seen at practice on Friday wearing a non-contact jersey, which doesn’t inspire much confidence for his ability to play this weekend.