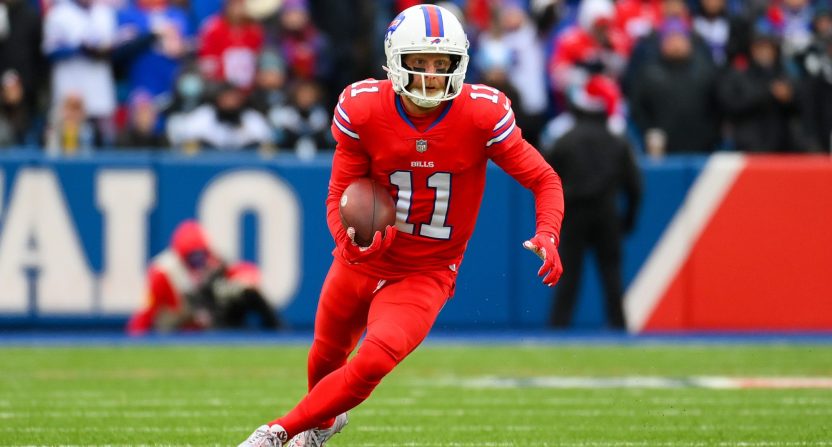 It was a struggle on offense for the majority of Sunday’s game for the Tampa Bay Buccaneers, resulting in frustrations boiling over on the field for legendary quarterback Tom Brady.

The organization has decided to bring in a typically sure-handed receiver on Tuesday to help with some of these struggles moving forward.

I can confirm Bucs are signing veteran receiver Cole Beasley, pending a physical. He's 33, but his career catch rate is 71 percent, and Bucs struggled to catch Tom Brady's passes Sunday with their top 2-3 receivers unavailable.

Tampa has had some key injuries from wide receivers to begin the season, with both Julio Jones and Chris Godwin missing Sunday’s game against the New Orleans Saints.

That resulted in the NFL suspending Evans for next week’s marquee matchup against the Green Bay Packers, and Beasley may play a big role right from the jump for Tampa Bay.

Beasley last played with the Buffalo Bills in 2021, serving as a key receiving option for star quarterback Josh Allen in Buffalo last season.

There was controversy surrounding his role in the NFL due to his presumed vaccination status while with the Bills, but the Buccaneers seemingly found their need at wide receiver to be more important than Beasley likely remaining unvaccinated.

Beasley had proven in the past that he can be a very underrated asset in the league if put in the right situation, and Brady has made stars out of similar slot receivers in the past in Wes Welker and Julian Edelman with the Patriots.

It remains unclear if Beasley will play that much of a role in Tampa Bay, but it is a low-risk and high-reward signing if everything plays out right for the organization.