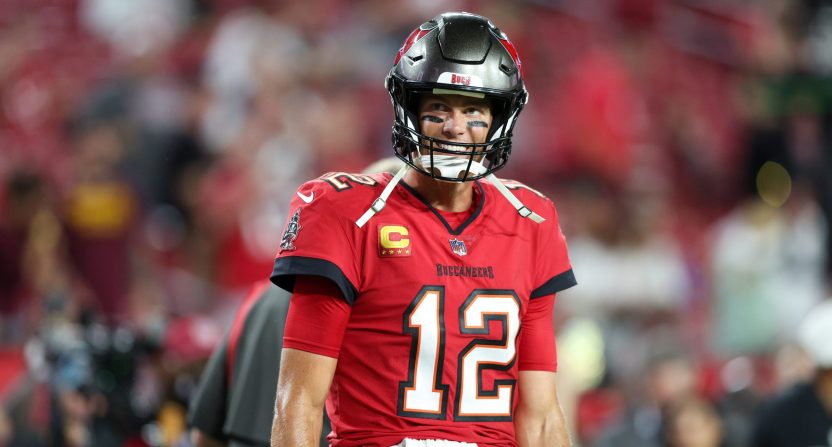 The season wasn’t going great for the Tampa Bay Buccaneers going into Thursday night’s game against the Baltimore Ravens. That game did nothing to fix things.

Things started well enough for the Buccaneers, who led the Ravens 10-3 at halftime. But Baltimore scored two touchdowns in the third quarter to take a 17-10 lead and controlled the game from there. Tampa did manage to kick a pair of field goals in the fourth quarter and even scored a touchdown in the fourth quarter. But the Ravens answered both field goals and the touchdown came in what was essentially garbage time.

With the loss, the Buccaneers are at 3-5. So, for the first time in the storied career of Tom Brady, he’s two games under .500.

Brady was not sharp by any means. He did throw for 325 yards and a touchdown. But he wasn’t exactly efficient on the night, going 26-for-44. Also, the touchdown and many of those yards came in the game’s final minutes.

It was a top-to-bottom failure for Tampa. Brady and the rest of the Buccaneers all came under heavy criticism for the performance.

"How many tablets Tom Brady about to break?" pic.twitter.com/TTUTrEQqsi

Bucs self destructing around Brady.

Tom so over all this mane 🤦🏾‍♂️

I think we are going to see some changes before the Bucs next game. An unacceptable 8 weeks of football. Heads gotta roll.

If there’s good news for the Buccaneers, the NFC South is not a powerhouse division. If the Carolina Panthers defeat the Atlanta Falcons on Sunday, the entire division will be 3-5 or worse. With a win, Atlanta would lead the division at only 4-4 and Tampa won the season’s first meeting. Still, the Buccaneers are 3-5, have lost three in a row and five of their last six. So, they may not be buried yet but things aren’t going in the right direction.