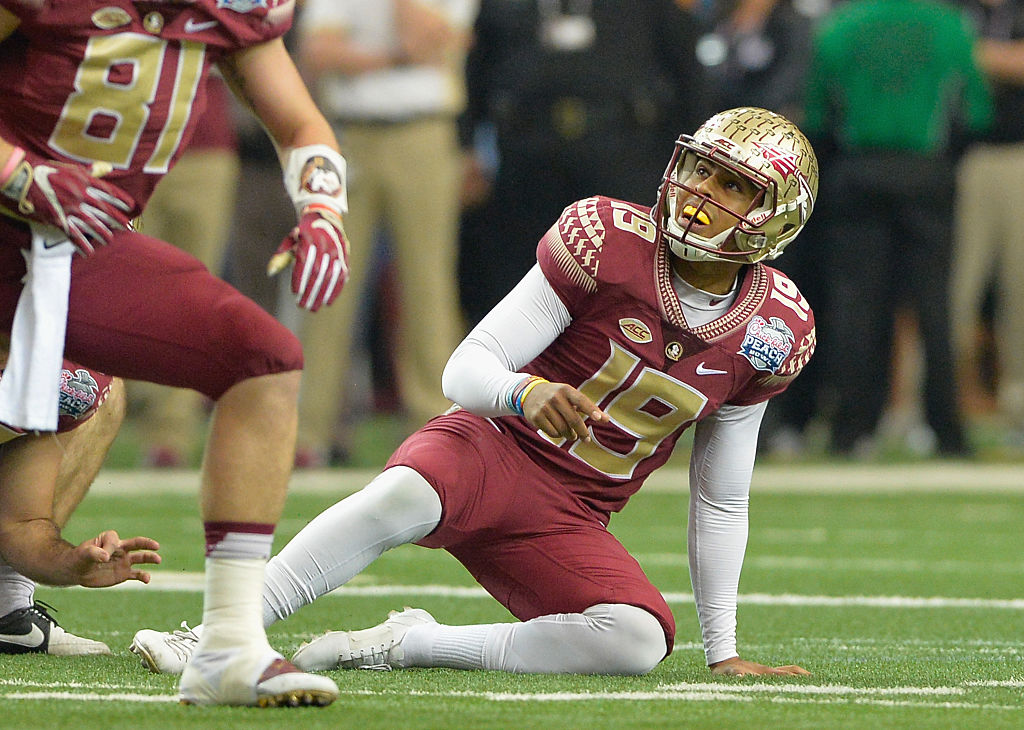 After getting off to a rough start in his first NFL preseason, Tampa Bay Bucs kicker Roberto Aguayo is already admitting he needs to improve his kicking results quickly.

Tampa Bay took plenty of heat for drafting a kicker in the second round of the NFL draft, which in turn placed unprecedented pressure on the rookie kicker to prove the Bucs made the right call. Aguayo missed his very first kick attempt of the preseason with a missed extra point attempt against the Philadelphia Eagles. He followed that up last week with a pair of missed field goal attempts against the Jacksonville Jaguars, from 32 yards and 49 yards out.

Aguayo is feeling the heat, and seems embarrassed by his performance.

“It shouldn’t happen with me. You just have to fix it and keep moving on,” Aguayo said. “I feel like that’s what preseason games were made for, to get the young guys rolling in, to keep working, keep getting better.”

Aguayo has some support from his new teammates in Tampa, including his former Florida State teammate Jameis Winston. Winston noted he has some room for improvement as well, so Aguayo should not be taking on more pressure than he needs in the preseason.

“I had more misses (Saturday) than him,” Winston said. “That’s a way to boost his spirits up. One thing about Roberto is the snap-and-clear mentality. I think he’s really talented. He’s just teasing people right now. I know he’s going to produce during the season.”

Over time, Aguayo is still likely to prove to be a valuable kicker for Tampa Bay, and he’s right: the preseason is a good time to work out any kinks in your system. Adjusting to the NFL from the college level can be a significant transition, even at the kicker position.