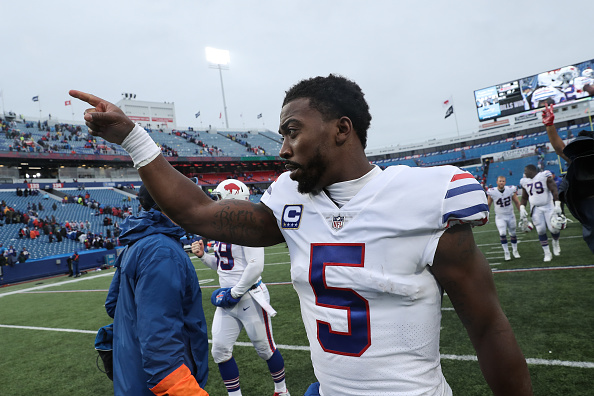 If the Bills can beat the division rival New York Jets Thursday night, they’ll have avoided that unfortunate turn. They haven’t won at least six of their first eight games since 1993, which is also the last year they went to the Super Bowl.

Is Buffalo finally ready to break out of the longest playoff drought in North American professional sports? It’s possible. Not only do the Bills control their own destiny in the AFC East, where they trail the banged-up, division-leading New England Patriots by half a game, but have yet to meet the Pats this season. This also has the looks of a wide-open year in the AFC.

Only the Jacksonville Jaguars and Miami Dolphins are within a game of Buffalo in the wild-card race, and Miami is probably a pretender considering its minus-60 points differential. The 4-4 Baltimore Ravens, 3-4 Houston Texans and/or 3-4 Denver Broncos could still emerge, but Buffalo is still in extremely good shape for one of those two wild-card spots if indeed they fall short in the division.

Both of Buffalo’s losses could have been wins, which is a good sign. They’re closer to 7-0 than to 3-4, which might not change the fact they’re 5-2 but could bode well for what’s to come. It’s also probably a big reason Football Outsiders is now giving the Bills an 81 percent chance of making the playoffs after an impressive Week 8 victory over the tough and desperate Oakland Raiders.

The Bills should be able to beat a bad Jets team that is on a three-game losing streak, even on short rest on the road. If they do that, they just might avoid becoming the “same old Bills.” If they start 6-2, it’s hard to imagine a scenario in which they miss the playoffs for an 18th straight season. They’ve simply been too solid on both sides of the ball, they lack major weaknesses and they got even better this week with the deadline-day acquisition of new potential No. 1 wide receiver Kelvin Benjamin.

Beat the Jets to close the first half of the season 6-2 and Buffalo could probably afford to lose both second-half matchups with the Patriots and a tough one at Kansas City. They’d likely only have to win three or four of their other five games, which come against fading, overrated Miami (twice), terrible Indianapolis and the beatable Saints and Chargers.