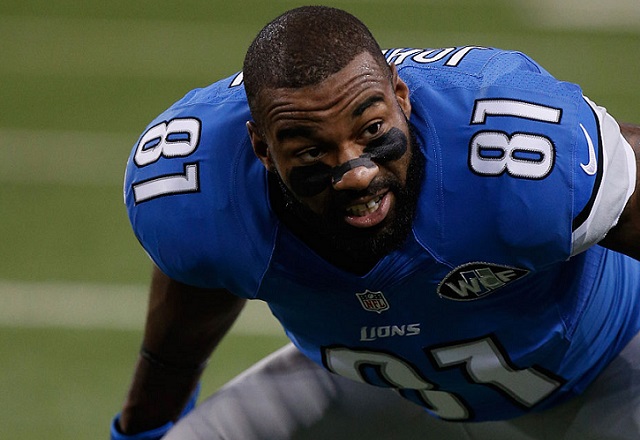 The recent Calvin Johnson retirement rumors caused alarm across the NFL, particularly in Detroit, and not just because Lions fans have seen one of the best of their era at their position retire earlier than expected once before. Now that Johnson has some distance from the season and his body is healing, the chances of him returning to the Ford Field sidelines in uniform next season are increasing.

According to Terry Foster of CBS Detroit, a plan possibly being discussed would involve Johnson not reporting to the team facility until Wednesday during a game week. He could stay in Detroit or go home to Atlanta for rest and treatment. Following Sunday’s game, the Lions usually have a light practice and treatment on Mondays, but are given time off on Tuesdays.

Foster speculates that most teammates would not respect a player who did this in other circumstances, but might relent in this instance because this is Calvin Johnson and he commands so much respect in the Lions locker room. The pain from all of his numerous knocks and niggles have piled up to the point where he has contemplated retirement, so maybe an extra day off to clear his mind would serve him and the Lions best.

Johnson’s agent, Bus Cook, told the Detroit Free Press‘ Dave Birkett before Senior Bowl practices, “Nothing to report. Have to wait and see. He has to think about what he’s going to do and then go from there. He’s tired.” But Foster added that Cook hasn’t spoken to Johnson in over three weeks.

There is also the matter of renegotiating his contract, which might be a sticky situation if new general manager Bob Quinn and owner Martha Ford show any potential resistance to this idea. Ford might in favor of the plan, since she wants Johnson to come back. Yet Johnson’s salary cap hit of $24 million this year is a pressing issue for the front office.

It looks like either side is willing to concede a bit in order to find the best resolution, so Johnson can be Megatron again next season for the Lions.