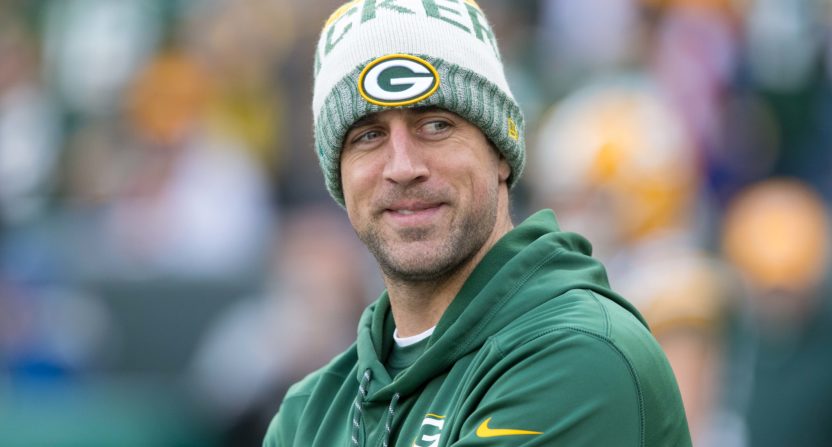 It’s official — the Green Bay Packers are getting Aaron Rodgers back, and just in the nick of time. Rodgers will start Sunday against the Carolina Panthers as the Packers attempt to make an 11th-hour playoff run for the second consecutive year.

Can Green Bay pull it off? It’ll be tricky, but let’s break down the obstacles and the path ahead.

The 2016 Packers faced a somewhat similar challenge after a 4-6 start to the one the 7-6 Packers are currently dealing with. Last season’s team was in a larger hole, but had more time to dig out of it. And the NFC North was still up for grabs when quarterback Aaron Rodgers made his now-famous comments about having to “run the table.”

That team did indeed run the table with six straight wins to finish 10-6, which was enough to win the division and secure home-field advantage in the wild-card round.

This team is already halfway there, record-wise, and just needs to finish 3-0 with Rodgers under center in order to finish with that same 10-6 record. But the Minnesota Vikings still only need to win one more game to clinch that NFC North title. Even if the Vikings lose to Green Bay in Week 16, they’re extremely likely to beat either the Cincinnati Bengals at home in Week 15 or the Chicago Bears at home in Week 17.

That means the Packers will almost certainly have to grab a wild-card spot this time around.

Wild-card race will be tough

Yes, the Packers sit just one game back of the last wild-card position, but that belongs to an Atlanta Falcons team that owns the head-to-head tiebreaker against them. The other spot belongs to a Carolina Panthers squad that they get to face head-to-head this week. But even if the Packers win that game, Carolina would still maintain a one-game lead over Green Bay in the standings.

They’d also have to contend with the 8-5 Seattle Seahawks, who would very likely cost the Packers a chance by winning out against the Los Angeles Rams (at home), the Dallas Cowboys (on the road) and the Arizona Cardinals (back at home). They’re only 5-4 within the conference, which could make it tough to squeeze in even with a 3-0 finish and head-to-head tiebreakers over Seattle, Carolina, Dallas and potentially Detroit.

So is their schedule

Then there’s the question as to whether they can actually run the table again. It’s only three games, but Rodgers could be rusty. Remember, he wasn’t coming back from injury when they started that run last year. This time around, he’s still trying to get that collarbone back to 100 percent.

And even when he was healthy, Rodgers didn’t have the Packers on any sort of roll. A team that has had issues on defense, with balance on offense and in pass protection lost to the Falcons in Week 2, needed overtime to beat the Bengals in Week 3 and surrendered 31 points in Dallas in Week 5. They were getting hot prior to Rodgers’ injury, but this team remains flawed.

In other words, it’s actually rather unlikely that they’ll win on the road this weekend against a Carolina team that has lost just once since October 29, win again in Week 16 against a Vikings team that is one of the best in football and then do so again on the road against a talented Detroit squad in Week 17.

So yeah, the odds are stacked against the Packers right now, even with Rodgers back under center.

But I’m still not ready to count them out, mainly because it was scary how hot Rodgers and Co. got late last season. The man threw 18 touchdown passes to zero interceptions and posted a 120.0 passer rating in the final seven games of the regular season, and the Packers averaged 34.8 points per game in the six affairs that preceded their NFC championship game loss to the equally hot Falcons.

That team ran out of gas, which shouldn’t have been too surprising. This one faces an even larger challenge, and while it’s likely lightning won’t strike twice in order to even get them close to the Super Bowl, there’s also a chance they actually have enough gas in the tank this time around.