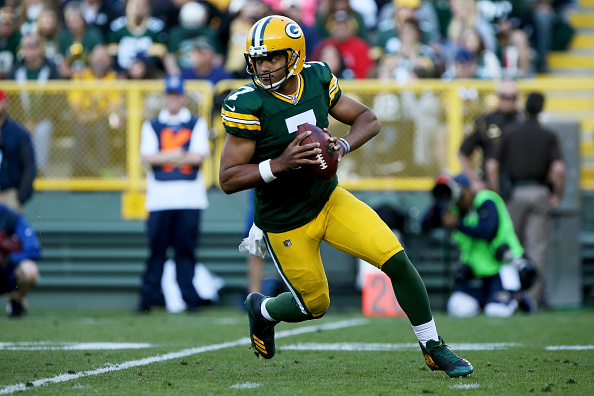 The Green Bay Packers can win the NFC North despite the absence of superstar quarterback Aaron Rodgers. Why? Because without Rodgers, the Packers still have enough talent to be considered a half-decent football team. And in one of the most wide-open divisions in a wide-open year, that’s all you need to compete.

The Minnesota Vikings are merely a half-decent team, too, especially without stud rookie running back Dalvin Cook. They’re not much better off at quarterback with injury questions surrounding both Sam Bradford and Teddy Bridgewater, and with Case Keenum serving as the default starter. And it’s not as though they’re about to convincingly compensate for that with Latavius Murray, a thin receiving corps and a mediocre offensive line. The Vikes lost eight of their last 11 games in 2016, and this team does not appear to be substantially better than that one.

The Detroit Lions? Half-decent as well. Just 3-3 this year and a loser in seven of their last 10 games dating back to December 2016. On paper, they were one of the league’s worst teams in 2016 but they snuck into the playoffs thanks to eight fourth-quarter comeback victories. That was never sustainable, and now a team with a so-so defense, a lack of offensive weapons and an inconsistent quarterback is probably headed toward an 8-8 campaign.

The Chicago Bears are worse than half-decent. They’re rebuilding, with bare bones on offense and a raw rookie quarterback under center. They’re 2-4, but can’t be expected to win more than a handful of games this season.

I don’t think anybody in this division is winning 10 games. The Packers are already 4-2, which means they might only need to finish 5-5 or 6-4 to capture the North. That’s certainly possible with Brett Hundley at quarterback, because Hundley can at least avoid becoming a liability. He’s got plenty of experience for a young backup, having served as UCLA’s starter for three years. He’s put up solid preseason numbers. And he’s got the talent and the skill set to do a lot of the things Rodgers does (not all, but a lot) and that should be enough to keep the Packers afloat.

Remember, this team has been getting more from its running game, with rookie fifth-round back Aaron Jones leading the way the last few weeks. The offensive line has dealt with a lot of injuries, but tackles David Bakhtiari and Bryan Bulaga are both expected to return to health in the coming weeks. And the defensive front seven remains one of the deepest and most talented groups in football.

If they continue to get hammered by injuries like they did last year, they’ll be in trouble because Rodgers won’t be there to bail them out. And they’re far from perfect along the offensive line and in the secondary. But don’t tell me that when you look at the Packers depth chart without Rodgers, you see a significantly worse team than Minnesota or Detroit. They’re right there still, and they’re off to a 4-2 start. They can win this division again, but January will be another story.