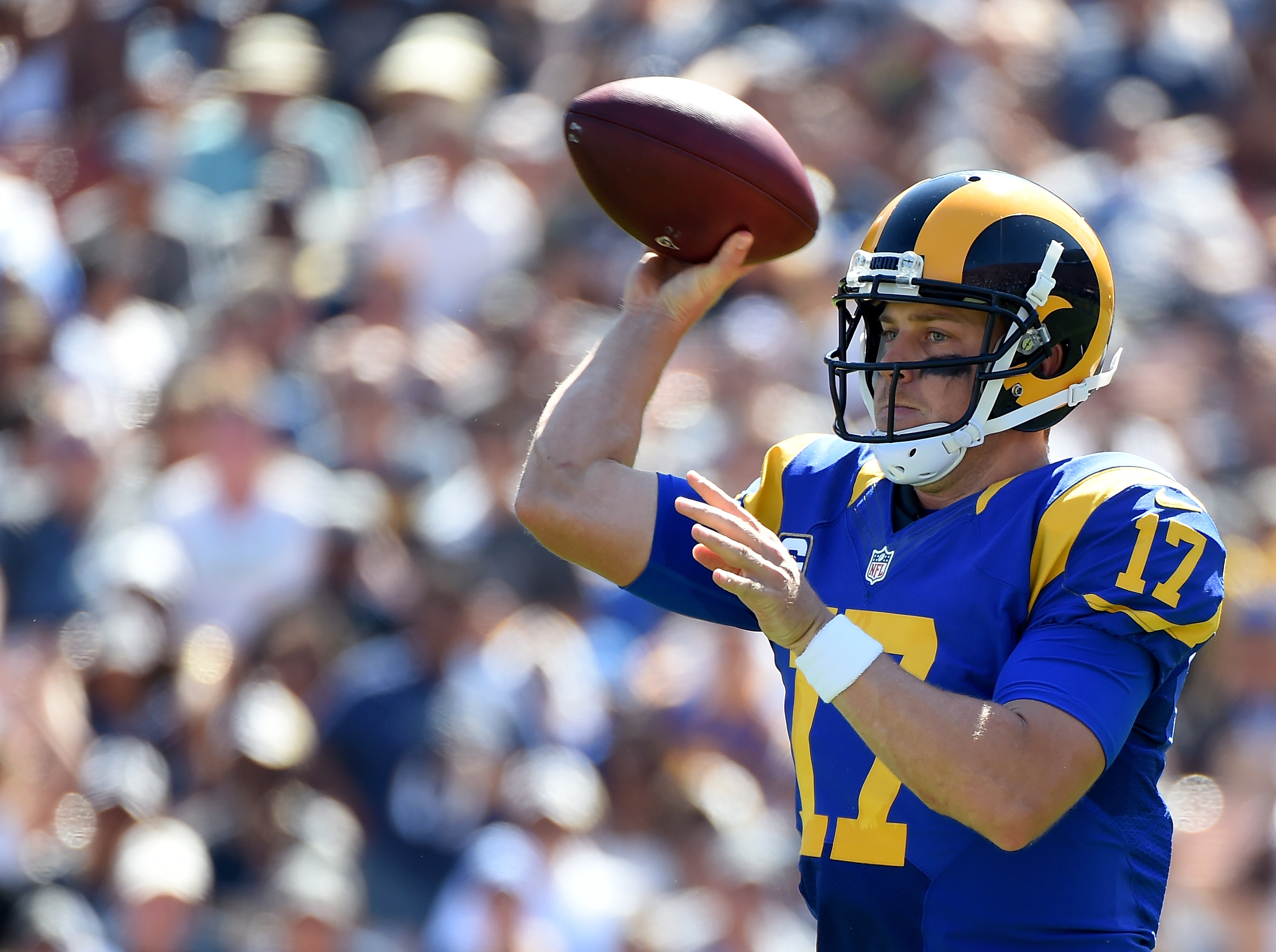 Just how bad has Rams QB Case Keenum been?

While his team is 1-1 on the season, he has yet to lead the Rams to a single touchdown over the course of two complete games. Against the San Francisco 49ers in the season opener, the Rams offense failed to even cross the opposing 20-yard line in a 28-0 loss. This past weekend, Keenum at least didn’t turn the ball over (2 INT’s in loss to the 49ers), but the Rams defense came up big in a 9-3 slugfest for the ages.

Despite those facts, head coach Jeff Fischer is going to give Keenum one more chance…for now. At least that is what the Los Angeles Times is reporting:

“We need more production out of our offense, and all things point to the quarterback position,” Coach Jeff Fisher said Monday during a news conference at Cal Lutheran. “But I’m expecting Case to continue to get better in this offense and we’re going to win games and score points.”

Yes, that’s right…in a league with 32 teams Keenum, who is a full-time starter, ranks below those who have had part-time roles in the league early on this season.

Many have been clamoring for rookie quarterback Jared Goff, the No. 1 overall pick in the 2016 NFL draft, to start his career.

However, it appears the coaching staff is still willing to take a slow approach to his development despite a clear need for something more from the quarterback position.

It may have something to do with the struggles of Goff to execute the offense at a high level in the preseason or the fact that they simply don’t want to ruin what could be a productive future by throwing him out there before he is ready.

Goff spent Week 1 inactive, while he was dressed and the backup for Week 2 against the Seahawks. It doesn’t mean he is ready to take the reins of the offense though.

“If you’re talking about Jared, I don’t want to be a broken record here but we’re going to play him when he’s ready,” Fisher said. “I thought it was a great experience for him [Sunday]. He loved it.”

Fischer seems ready to take these questions for as long as it takes for Goff to be ready according to the coaching staff’s evaluation.

“When he’s under center, you’ll know, OK?” Fisher said. “So keep asking that every week if you want. You can ask it again, if you want.”