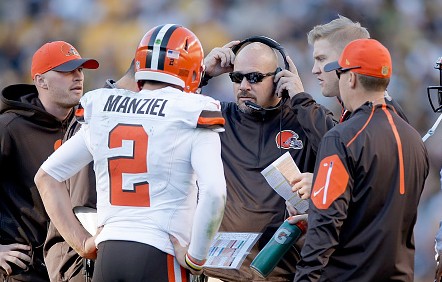 It was a Sunday when Napoleon Bonaparte suffered the defeat that ended the campaign that finished his reign as Emperor of France, and barring a miracle this Sunday will be the defeat that puts the heads of Cleveland Browns general manager Ray Farmer, head coach Mike Pettine and quarterback Johnny Manziel on the chopping block.

On paper, the outlook is… well, bloody.

The Browns have the NFL’s 31st-ranked scoring defense, and the Seahawks have averaged a whopping 34.6 points per game since returning from their Week 9 bye. The Seahawks’ defense is finally rounding into form, too; since surrendering 39 points to the high-flying Arizona Cardinals in Week 10, cornerback Richard Sherman and the Legion of Boom have held opponents to just 14 points per game.

That’s right: The Seahawks have outscored their last four opponents 141-56, and unsurprisingly they are 4-0 in that stretch. The last two games have been particularly brutal; they beat the Minnesota Vikings 38-7, and the Baltimore Ravens 35-6. Now, the Seahawks will welcome Cleveland to the cozy, cacophonic confines of the Clink. 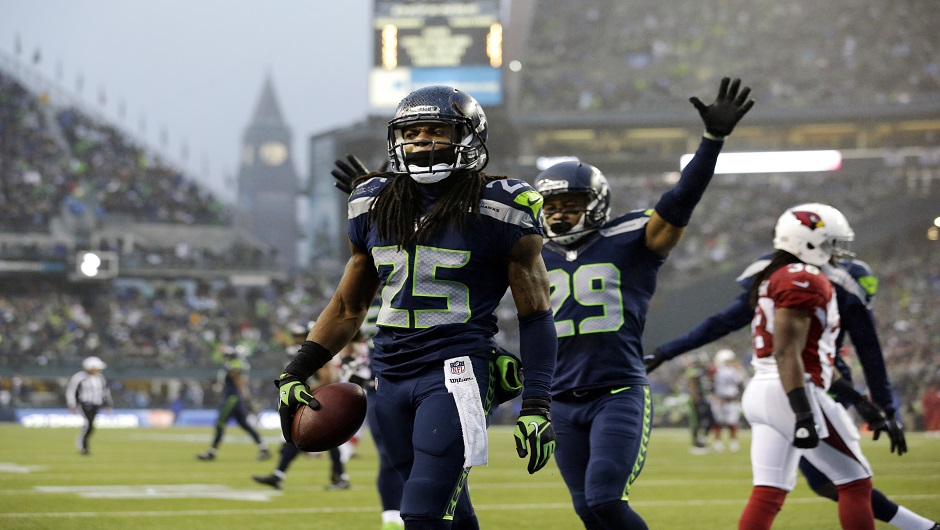 The Browns have taken just three wins from 13 games this season; the collective record of the three teams they beat (the Ravens, Tennessee Titans, and San Francisco 49ers) is an appalling 11-28. They have been, in a word, terrible.

At this point, 3-13 is almost a certainty—and 3-13 almost always gets coaches, general managers and quarterbacks fired.

For Farmer, the case is open and shut. In two offseasons he’s spent four first round draft picks on Manziel, Justin Gilbert, Cameron Erving and Danny Shelton; the best you can say about any of them is “Well, the jury’s still out.” Of his six second-day picks, only tailback Duke Johnson and guard Joel Bitonio look like viable starters going forward. Farmer’s biggest free-agent acquisition, receiver Dwayne Bowe, was an obvious waste of $9 million guaranteed at the time—but that he’s been a healthy scratch for seven games on a team desperate for an impact receiver sets some kind of record for uselessness.

Pettine earned high marks for milking seven wins out of a talentless, directionless Browns squad last season, and rightly so. Much of the competitive spirit he instilled seemed to carry through this season—remember, the Browns somehow managed to take the Denver Broncos to overtime—but in the face of overwhelming talent gaps, the wins just aren’t coming.

The biggest strike against Pettine is the defense. The unit that’s supposed to be his area of expertise backslid significantly from 2014 to 2015, despite adding major pieces at every level. Worst of all, there’s been zero development of talented young players like 2013 No. 6 overall pick Barkevious Mingo, let alone the third-day draft picks and free-agent role players that great coaches get production out of.

Even if there’s support in the locker room for Pettine, the fact is his general manager is (or, at least, should be) fired doesn’t bode well for the Browns’ second-year coach. He might be well liked, but Pettine hasn’t done nearly enough to get the Rex Ryan treatment; staying on board if and when his boss gets fired. Whoever comes in next to run this team will want to hire their own head coach.

That leaves Manziel, the putative quarterback of the future.

The rumors and reports over the past few months paint a very consistent picture with what we’ve seen publicly: Manziel has a long way to go, on and off the field, and he’s broken Pettine’s trust one too many times. Though their relationship may be toxic—and boy, if there’s one relationship on an NFL team that can’t be toxic, it’s the head coach and starting quarterback—Pettine may have reinstalled Manziel as the starting quarterback in a bid to safe his job, as Bleacher Report’s Jason Cole reported.

This is Pettine’s secret weapon: He’s done a brilliant job managing his quarterbacks. Don’t believe me? Check out Pro Football Reference’s team offensive stats. The unholy trinity of Manziel, Josh McCown and Austin Davis have combined to give the Browns the 15th-highest rated team quarterback play in the NFL.

In fact, the Browns’ collective quarterback rate stats are above-average almost across the board: Completion rate, yards per attempt, yards per game… though their touchdown rate is a below-average 3.8 percent, their interception rate is a fourth-best 1.6 percent. Incredibly, there’s a case to be made that the quarterback position is the best thing the Browns have going.

When a chastened Manziel returned from his Pettine-imposed honesty suspension in Week 14, he and the Browns went right out and spanked the lowly 49ers, 24-10. Manziel had the second-most prolific game of his career, completing 67.8 of his 31 attempts for 270 yards and a touchdown.

Yes, there was classic Manziel YOLO ball that resulted in an ugly interception, and a childish outburst of frustration on the sideline while reviewing the video evidence. But on the whole, Week 14 was a another big step towards being a credible NFL starter—a journey few imagined he’d still be on after spending much of the offseason in rehab.

This game against the Seahawks is Pettine’s last, best hope to prove he can take this team to the next level—to any level beyond the perennial well-below-.500 futility they’ve been mired in since that one year with Derek Anderson (2007).

As 14.5-point underdogs, a win would be a massive upset, but one they have about a 15 percent chance of pulling off. Even if they just push the Seahawks to the wire, as they did to the Broncos in October, it will be a powerful sign that Pettine still has a firm hand on the tiller. If nothing else, a strong performance might help Pettine claim to owner Jimmy Haslam he’s the only man who can salvage Manziel. In a league where coaches are fungible, but quarterbacks are not, that just might be enough to stay the executioner’s hand.

But if the Seahawks massacre the Browns, the outcome toward which all indications point, heads will roll.