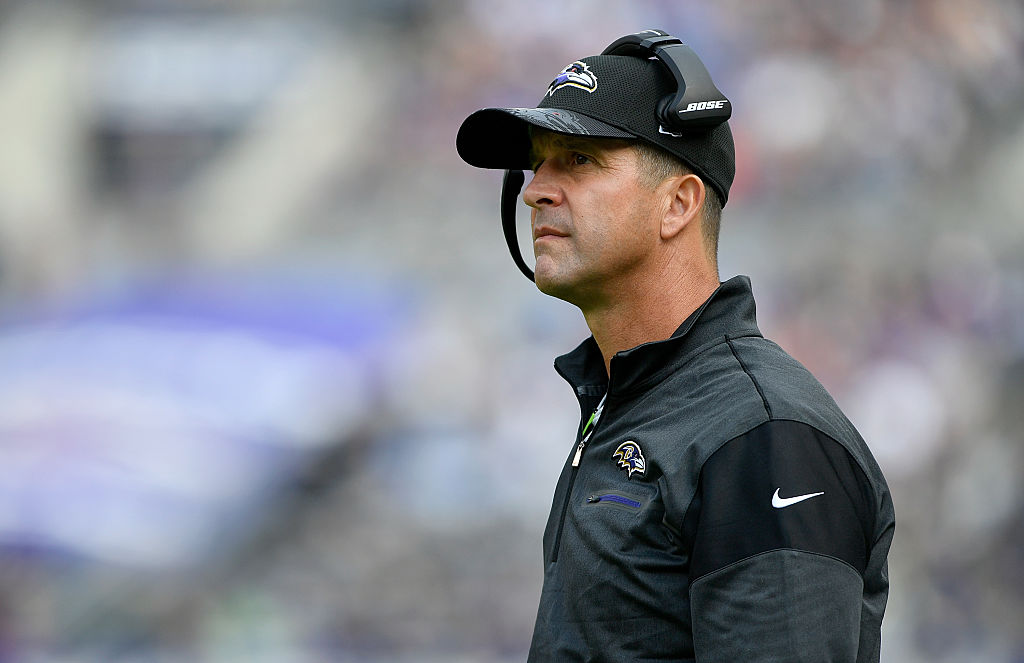 On Monday, the Baltimore Ravens fired offensive coordinator Marc Trestman following the team’s 16-10 loss to Washington. Baltimore had started the season with a 3-0 record, but lost their two most recent games. Head coach John Harbaugh has since promoted quarterbacks coach Marty Mornhinweg to the coordinator position, a move that is hoped to improve an offense that currently ranks 22nd in both points and yards earned, and has only scored eight touchdowns on the season.

Following Sunday’s loss, Harbaugh said, “I think we have to find our offense. We’ve had that all year, basically. That’s been the story of the season. We can’t find continuity on offense.” And while he’s not wrong — Baltimore’s offense has certainly been underwhelming so far this year — perhaps scrapping Trestman may not have been the correct move.

Offense has rarely been the name of the game for the Ravens. That’s been true since the franchise’s inception in 1996. It also applies during the Harbaugh era, which began in 2008 and has featured quarterback Joe Flacco as the starter since that time. Though their best seasons have produced middle-of-the-pack stats as far as points and yards are concerned, continuity on offense has been a challenge for some time.

The Ravens are now on their fifth coordinator since Harbaugh came aboard. First was Cam Cameron, who held the coordinator job from 2008 until late in the 2012 season, when he was fired for again helping to put forth a languishing offense. His replacement, Jim Caldwell, helped retool the Ravens offense into one that played to their strengths by running the ball and featuring Flacco’s big arm. The move led to a Super Bowl victory that season.

Caldwell stuck around for one more season before taking the Detroit Lions’ head coaching job. His replacement, Gary Kubiak, was highly successful in his one year with the Ravens, helping the offense rank eighth in points scored and 12th in yards gained. But he also moved on, taking the head coaching position for the Denver Broncos. Trestman arrived in 2015 and has already been given his walking papers before the 2016 season’s halfway point.

This volume of coaching changes at the offensive coordinator position rarely help any team maintain a sense of continuity. To be fair to the Ravens, not all of these moves were in their control. But there is always more to a struggling team or positional group than the man coaching or scheming it. And the Ravens have had trouble building an offense around Flacco that can remain competitive on a consistent basis. That’s something Harbaugh and especially the front office, led by general manager Ozzie Newsome, need to answer to.

Despite investing a Round 1 pick in Flacco in 2008 — and signing him to a six-year, $120.6 million contract on the heels of his Super Bowl MVP performance (a deal since restructured) — drafting players to help him out, particularly at the receiver position, has been a struggle. Of the 11 receivers drafted by Baltimore from 2008 through 2016, only Torrey Smith (class of 2011) has made an appreciable impact on the offense and he’s no longer with the Ravens. Last year, the Ravens used their first-round pick on a wideout, Breshad Perriman, but he’s just getting the hang of things after missing his entire rookie year with a knee injury.

They did bring aboard veteran Steve Smith Sr. in 2014, and he was instantly the team’s top receiver. But a torn Achilles tendon cut his season short in 2015. Ultimately, last year’s leading receiver was Kamar Aiken. This year, he’s caught only six passes for 28 yards.

Truly, the struggle for the Ravens is finding an offensive identity, particularly in the passing game. That struggle is only amplified when, for reasons within and without the organization, there is a carousel at coordinator. Add the injury factor into the mix — such as the aforementioned Smith’s Achilles last year, the now-gone Justin Forsett’s broken arm, Flacco’s ACL and MCL tear, the two seasons missed by tight end Dennis Pitta to a dislocated and fractured hip, the six offensive skill players currently on injured reserve or suspended — and it’s a complicated mixture of reasons why Baltimore’s offense has had ups and downs.

The problem, though, with these myriad factors coming into play for the Ravens is that they cannot be cured by a coordinator change. Yes, it does appear — from what we’ve seen from his offenses in the past — that Mornhinweg could “pull a Caldwell,” and bring the focus back to downfield passing and heavy rushing. But the problems are bigger than just that.

Health cannot be controlled. Injuries happen, but lacking the depth to make up for it can hamstring an offense for months. Drafting poorly, especially at skill positions, gives no assistance to a presumed franchise quarterback in Flacco. Until the Ravens put themselves in the situation where consistency is possible, no coordinator change can result in sustained improvement.