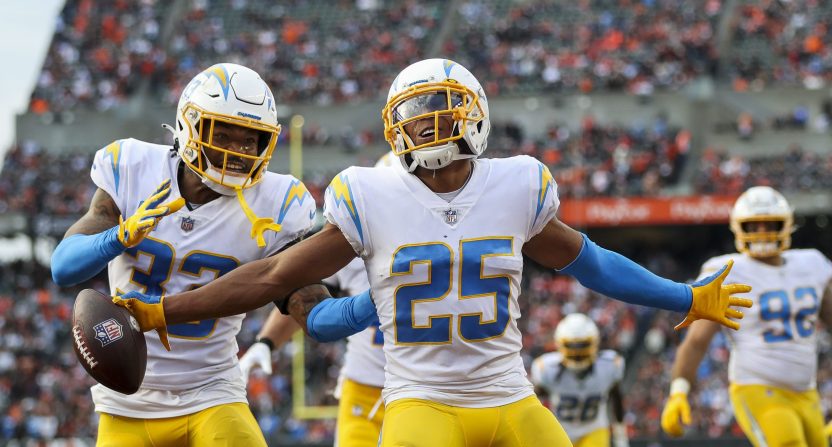 After a number of notable additions to their team this offseason, the Los Angeles Chargers look like they could be one of the best teams in the NFL this season. The organization made a huge move to keep one of their top players on Wednesday.

The Chargers have officially come to terms with two-time Pro Bowl safety Derwin James on a four-year contract extension worth $76.4 million that will keep him with the Chargers organization through the 2026-27 NFL season.

Derwin James and the Chargers have agreed on a massive 4-year $76.4M extension, which averages $19.133M a year and resets the safety market. This deal makes James the highest paid safety in NFL history, per source.

This comes after a short opt-in for James where he was not participating in practice for the Chargers, but luckily both sides were able to come to terms on a deal.

With this deal, James will become the highest-paid safety in the history of the NFL, averaging over $19 million per year through the duration of his contract.

This narrowly tops Minkah Fitzpatrick’s contract extension with the Pittsburgh Steelers worth $73.6 million over four years back in June.

It is certainly a steep price for a safety, but many believe that it is justified considering he is still in the prime of his career at only 26 years old.

Both sides were at a standstill for a while during camp but closed the gap this week. James now highest-paid safety by a good margin. https://t.co/Ooh7C7Bnn8

With the historic deal done, all eyes are now on the Raiders in Week 1. https://t.co/HOTdJ7mHRu

Glad the Chargers got this done, he's the glue that holds that defense together and the energy on the team. This could be a special year for the Chargers https://t.co/xX59HmhpJr

yet another hold in comes to an end

with James, it's not a question of talent & versatility..it's all about durability

On top of this, the Kansas City Chiefs are always going to be around in the division, so it’s important to have all hands on deck for the Chargers as they head into the 2022-23 NFL season.

This move assures that James will be good to go this upcoming season, and his impact could finally lift them over the top of their extremely competitive division and into the playoffs for the first time since 2018 next year.