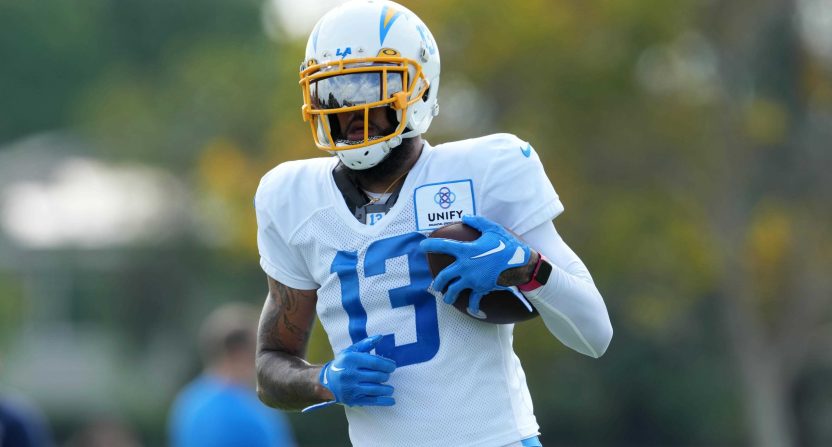 The AFC West is set to be one of the most competitive divisions in all of football, and it looks like the already prominent rivalry between the Denver Broncos and the Los Angeles Chargers may be ready to go to the next level next season.

The Broncos’ social media team posted a video of star quarterback Russell Wilson repeatedly saying the quote “Broncos Country, let’s ride”, which is seemingly for a potential hype video that will be played at home games for the team next year.

It appears that Chargers star wide receiver Keenan Allen took notice of this video, as he was seen during the team’s training camp mocking Wilson with his own rendition, repeatedly saying “Bolt fam, let’s ride”.

The Broncos bringing in Wilson should make them a contender to potentially win the division, but there is some tough competition that he will be facing with the Kansas City Chiefs, Las Vegas Raiders, and Chargers all looking great on paper heading into the 2022-23 season.

It appears that there isn’t any real beef between Allen and Wilson, and this is more of a playful poking at the clearly scripted message that Wilson was saying.

Regardless, it should make for two interesting matchups between the Chargers and Broncos next season, the first of those coming during Week 6 on Monday Night Football when the Broncos head to SoFi Stadium on October 17th.