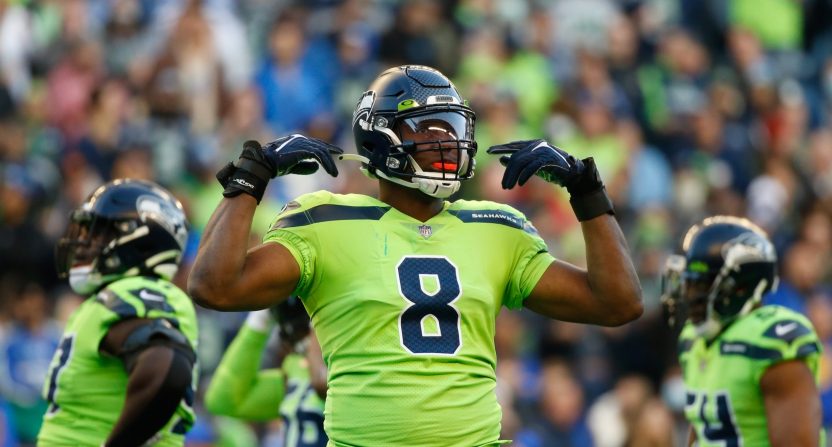 Carlos Dunlap has found a new home and it’s with the Kansas City Chiefs. The 33-year-old just signed a one-year deal with the team worth $8 million.

Last season, Dunlap was with the Seattle Seahawks where he recorded 8.5 sacks.

I've been thinking DE Carlos Dunlap would be a good fit for the #Chiefs for a bit. Had he played for the #Chiefs in 2021, he would have been second in sacks (8.5) and third in QB pressures (21). More here: https://t.co/i5Gjl2kOoW

Before that, Dunlap spent most of his career with the Cincinnati Bengals. He played with the Bengals for 11 years before he was traded in 2020. As a Bengal, Dunlap recorded 82.5 sacks during his time there.

Dunlap is a 13-year veteran out of the University of Florida where he was an All-SEC selection and won a national championship with the team. He is also a two-time NFL Pro Bowler.

This was a good pick-up for the Chiefs as although they finished in the top 10 in defense last season, they struggled in the playoffs against good passing teams like the Buffalo Bills and the Bengals.

In the second half of the AFC Championship Game, down 21-10, the Bengals came roaring back to defeat the Chiefs 27-24 behind quarterback Joe Burrow, who threw for 250 yards and 2 touchdowns.

Dunlap may not be as fast as he use to be, but he is still productive and the Chiefs needed someone to help on the front 7.  Having a veteran like Dunlap should make an immediate impact on the team.