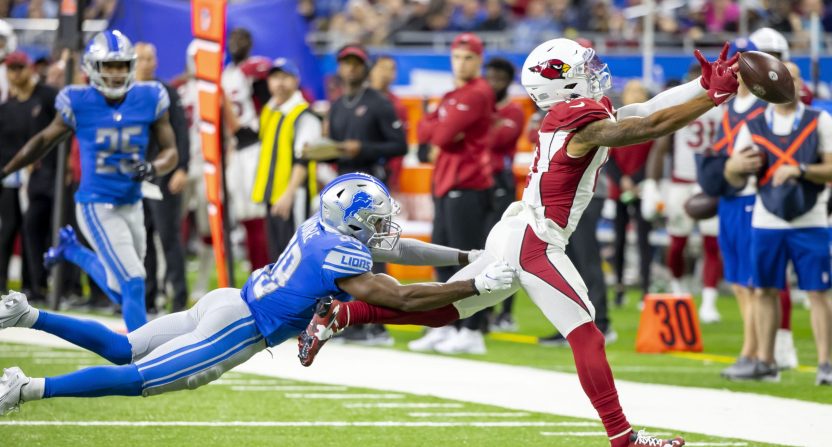 The Jacksonville Jaguars made some big free agency moves on Monday.

First came the news that the team was shoring up its offensive line to protect quarterback Trevor Lawrence by signing five-time Pro Bowl guard Brandon Scherff, formerly of the Washington Commanders.

Then we heard that the Jags were signing defensive tackle Foley Fatukasi to a three-year, $30 million contract. The former New York Jets defender is considered one of the top defensive tackles in the NFL at stopping the run.

Then came the news that the team was signing linebacker Foye Oluokun to a three-year, $45 million deal. The 26-year-old was a standout for the Atlanta Falcons, recording 309 total tackles over the past two seasons.

The #Falcons worked hard to retain the standout who led the league in tackles. But the #Jaguars lock him in. Busy day in Jax with Brandon Scherff and Foley Fatukasi. https://t.co/Gp8j3nTXdN

But then came the news that Jacksonville had signed wide receiver Christian Kirk. And while Kirk is a solid free agent get, garnering 984 yards and five touchdowns last season for the Arizona Cardinals, the numbers on the contract are eye-popping.

That is an enormous number for a guy with 236 receptions, 2,902 yards, and 17 touchdowns over four seasons. And the reaction to those numbers certainly got the NFL world talking about whether or not the Jags got fleeced, what this means for the wide receiver free agency market, and how guys like Davante Adams, who recently got franchise-tagged, must feel seeing this.

We're acting like Amari Cooper at $20m a year is a weighty contract and Christian Kirk's getting as much as $17m a year on the open market? https://t.co/ZDoZoxE9wW

And this is why Davante Adams doesn't want to play on the $20.12 million franchise tag. Can't be arguably the top WR in the game and making around the same as Christian Kirk (with all due respect) https://t.co/12JaNmq9WZ

Christian Kirk just put big smiles on all their faces.

I mean … all you can really say is congrats to Christian Kirk.

As many have pointed out, while Kirk’s contract looks wild, it’s probably going to get eclipsed soon enough by some of the other ones coming down the pike from wideouts with even better stats.

At $18m per season, Christian Kirk is in the top 10 in average per year for wide receivers. For now, anyway. Tyreek Hill deal still to be completed. Others on the way as well. https://t.co/L9KtsQXmaK

The deal will get leap-frogged but wild to think Christian Kirk is the third highest paid receiver in the league.

If you’re a wide receiver in the NFL putting up decent numbers, get excited about what the Christian Kirk deal means for you.