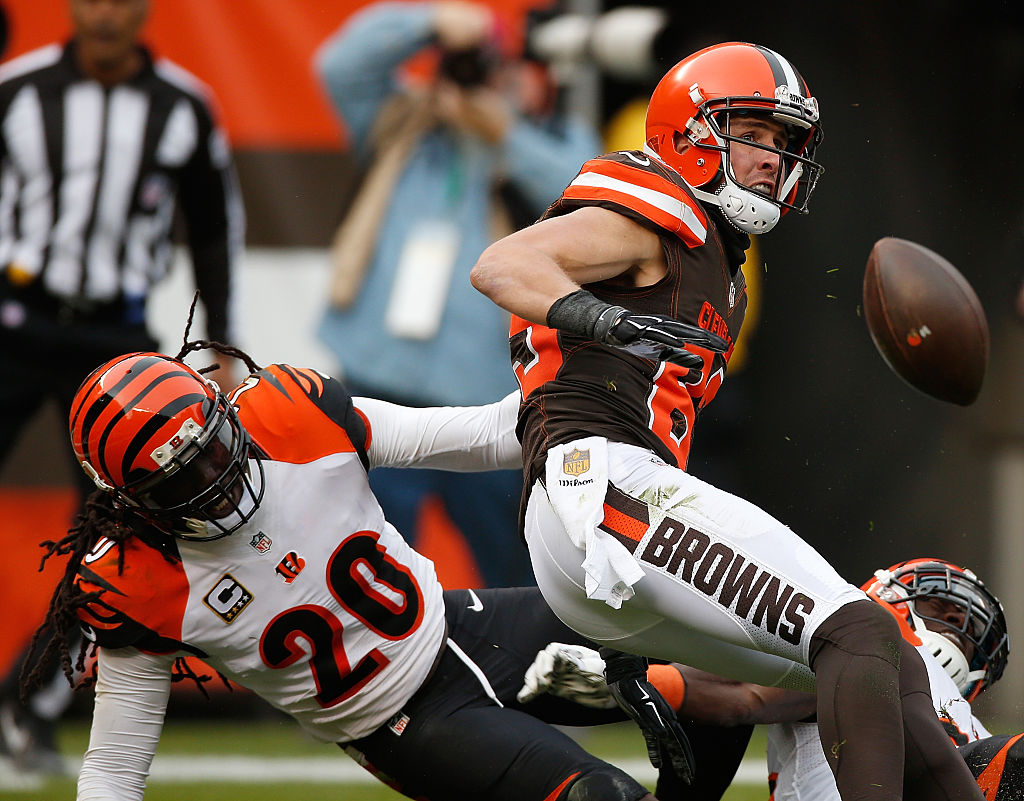 Things are bad for the Cleveland Browns.  Ok, this is not news.  Things have been bad for the Cleveland Browns since they resurrected the franchise in 1999.  Well, actually, we should probably go back before that to Art Modell and the traumatic relocation to Baltimore.  That’s 20 years of pain and suffering for Browns fans…. wait, check that… we should probably include another decade to account for John Elway and Earnest Byner.

Nevertheless, there’s something about the 2015 season that just seems like it’s the lowest of the lows for the Browns and their fans.  Maybe it’s the sad state of ownership.  Maybe it’s the years of losing all taking its toll.  Maybe it’s the constant drama surrounding Johnny Manziel.  Maybe it’s the hideous uniforms that make the team look like Bowling Green.  Whatever it is, it’s now not just getting to the fans, but the players too.

After a 37-3 shellacking in the Battle of Ohio to the Cincinnati Bengals, former Ohio State WR Brian Hartline declined to speak to the media after the game. We’ve seen this before from frustrated players, but never for the reason Harline suggested.

#Browns Hartline, who gutted it out thru thigh bruise and was 1 of 2 WRs left standing, declined to talk after game:'I want to keep a job'

#Browns WR Brian Hartline, who gutted it out / thigh bruise, declined comment to reporters. "I want to keep a job."

My guess is that Hartline’s complaints aren’t with the media, officials, or fans, but with the current state of his employer and happiness in the workplace.  He did lead the Browns on the day with 8 receptions for 83 yards and has 38 catches and 416 yards on the season.

Instead of going mum, though, Hartline should just sing “A Very Angry Browns Fan Christmas” songs to keep his sanity and get his true point across.

The Browns fell to 2-10 on Sunday and sit alone with the worst record in football.  Maybe Hartline can start doing what every Browns fan is right now – look forward to fellow OSU star Joey Bosa joining him in Cleveland next year.  (Poor Joey…)