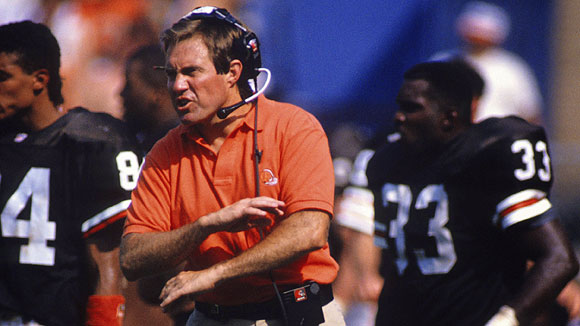 On February 15, 1996, the Cleveland Browns fired head coach Bill Belichick. To show you what a different place the world of 1996 was, no one really disagreed with the decision.

Belichick had gone 36-44 in five seasons with the franchise and was coming off his worst year of all, a 5-11 finish just a year removed from a playoff berth. The stat that stands out most is that the 1995-96 Browns were the first team to ever get swept by an expansion franchise (the Jacksonville Jaguars). Couple that with the fact that one Art Modell had just announced the team was moving to Baltimore and the desire for a fresh start helped make this move seem like common sense.

As one Toledo Blade columnist put it, “Bill Belichick’s five-year reign of error is over.”

Boy, what a difference 20 years makes.

Those three entities: the Cleveland Browns, the Baltimore Ravens and Bill Belichick, are forever linked because of the decisions made in 1996. Things have turned out very well for two of those parties. For the other, the Browns, it’s been twenty more years of the same old shit.

At the time, you could forgive Browns fans for not worrying too much about whether or not firing Belichick was a good idea. They were more concerned with the fact that they had lost their beloved franchise and were about to live in an NFL-less Cleveland for the first time since 1945. While not one of the original league franchises, the Browns had more than enough history, tradition and stature in the NFL for this to be considered nothing short of a crime.

As the 1996 NFL season got underway, the Cleveland Browns were gone and the Baltimore Ravens officially came into existence. Not only did Browns fans have to suffer through three seasons without their own team but they had to deal with the indignity of watching the Ravens quickly turn themselves into not only a powerhouse, winning Super Bowl XXXV, but a consistent winner. Between 2000 and 2014, the Ravens would make the playoffs ten times, winning a second Super Bowl in the process.

The Browns got their team back in 1999, but they missed out on all of that consistency. Instead, they had to start from scratch and toil in a sea of mediocrity. Oftentimes, they’d have killed for mediocrity. Aside from a playoff berth in 2002 (in which they lost their first and only game), the Browns have finished with a winning record only one other time. They finished with no more than five wins in twelve of their seventeen seasons since being reborn, including this past one (3-13).

Then there’s Belichick. Even if you’re not a football fan you’ve probably heard his name at least a couple times in your life. That should tell you how his fortunes changed following 1996. After some stints on Bill Parcels’ Patriots and Jets staffs (and that one day he was HC of the NYJ) Belichick got his second chance at being a head coach in 2000 with the New England Patriots. He did not waste it. Following a 5-11 first season, Belichick immediately began turning the Patriots into the model NFL franchise. Thanks in part to the drafting of Michigan back-up quarterback Tom Brady, Belichick led the team to its first Super Bowl victory in 2001, followed that up with another in 2003 and yet another in 2004, took the team to two more Super Bowls in 2007 and 2011 and won his fourth Lombardi Trophy in 2014. All the while the Patriots have won their division thirteen times, made it to the AFC Championship ten times and compiled a .730 winning percentage across sixteen seasons.

It’s the kind of sustained excellence the Cleveland Browns would move heaven and Earth for. When you couple it with what the Ravens have done in this time as well, it all really starts to sound like a cosmic joke.

Between Belichick’s Patriots and the Baltimore’s Ravens, the Browns have had to watch their former coach or former selves win the Super Bowl six times since 2000.That’s 37 percent of the time, which in a league built on parity, seems wholly unrealistic. In terms of AFC Championship games alone, those two teams have appeared fifteen times, even playing one another on two occasions. All the while the Browns have sputtered along with 4-12 and 5-11 seasons as their norm.

It’s enough to make you believe Cleveland sports fans are cursed (but then you remember they got LeBron back, so, that’s at least something).

Twenty years to the day since they fired arguably the greatest head coach in NFL history, it would be nice to say the Browns have finally turned things around. But, no, they have not. Coming off their worst season in fifteen years (which is really saying something), they’re almost-certainly going to end the failed Johnny Manziel Experiment and start the whole process anew with yet another quarterback. Their front office is a tire fire. Their owner is a morally-questionable businessman who has handed control of his team to some people with disconcerting experience when it comes to running an NFL franchise. 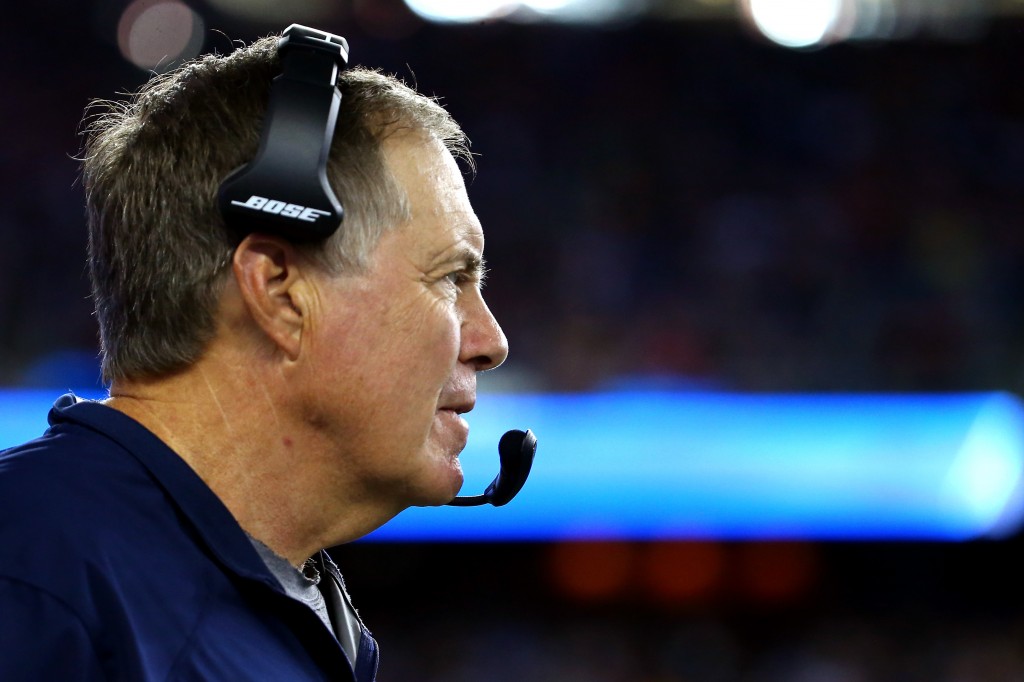 The Bill Belichick firing had no actual impact on the Cleveland Browns as they are. If anything, it affected the future of the Baltimore Ravens, whom Belichick would have continued coaching had he stayed on. Who knows how that could have changed the outcomes of both their destinies. If Belichick sputtered out in Baltimore, he could have missed his Patriots opportunity and set that franchise back by a few years as well. Or perhaps the change of scenery would have helped him turn the Ravens into a dynasty while the Patriots remained mired in mediocrity.

But still, there’s something so…Cleveland Browns…about it all. They fired the architect of the NFL’s latest dynasty and became a better, strong franchise for another city to appreciate. In their wake, a new franchise was born, one that’s still trying to figure out how to walk. It’s not schadenfreude, because that entails taking delight in Cleveland’s misery and at this point, who besides Steelers and Bengals fans can do that? It’s more like some kind of weird proof that the NFL gods look upon the Cleveland Browns and forevermore choose not to like what they see.