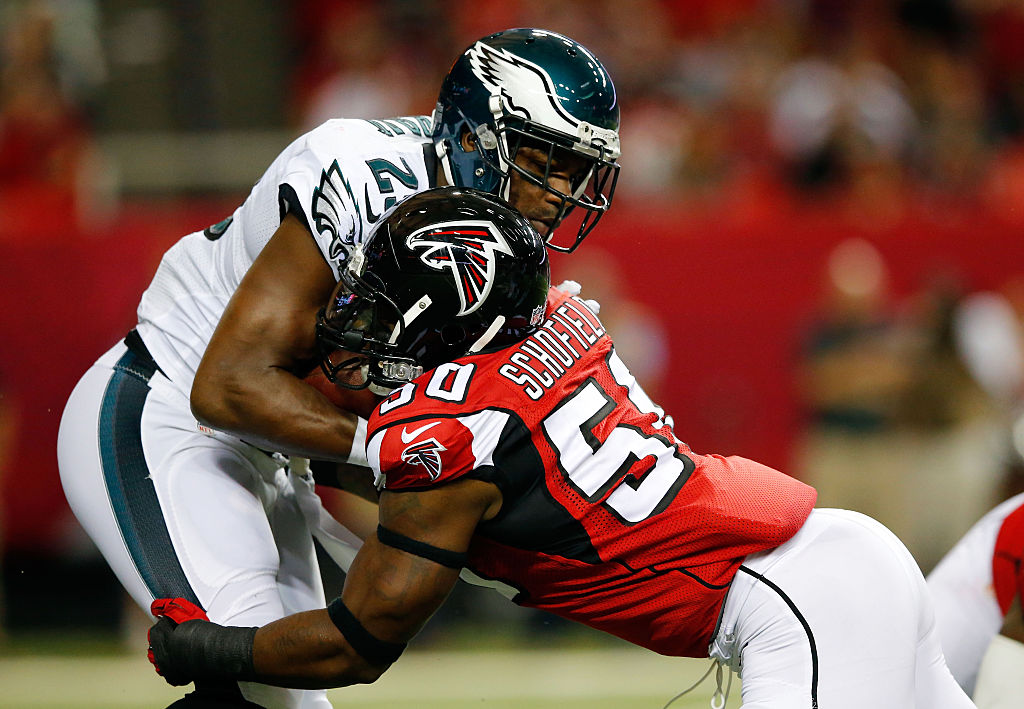 Murray played only 14 snaps during the Eagles’ upset win over the Patriots on Sunday, as backups Darren Sproles (15 carriers, four receptions) and Kenjon Barner (nine carries, two receptions) both touched the ball more than Murray (eight carries). Murray’s share could be even smaller when Ryan Matthews returns from a concussion.

DeMarco Murray is on pace to become the Eagles’ first back with 200+ carries to average 3.5 or less per carry since Tom Sullivan in 1974.

You're paying Demarco Murray how much and you give the ball to Kenjon Barner in that situation?

DeMarco Murray seems like a role player today. Curious to see what the snap counts show, but Sproles/Barner continue playing a lot of snaps

Murray always seemed like an odd fit in Kelly’s system. He’s a big, bruising back who made a living muscling through holes created by the Cowboy’s monstrous offensive line, not the kind of speedster Kelly tends to favor. Last offseason, when Kelly traded LeSean McCoy and signed Murray, the coach’s defenders implored us to wait and see. Well, now we’ve seen, and the running back shuffling remains as confusing as ever.

“You always want an opportunity to play and obviously run the ball, but we got the big victory so that’s all that matters,” Murray said. “Things we were doing were working so it went well for us.”

Now that Kelly the coach has decided he’s better off without Murray, Kelly the GM might consider whether to cut ties with the running back this offseason, if either Kelly is still around, that is.