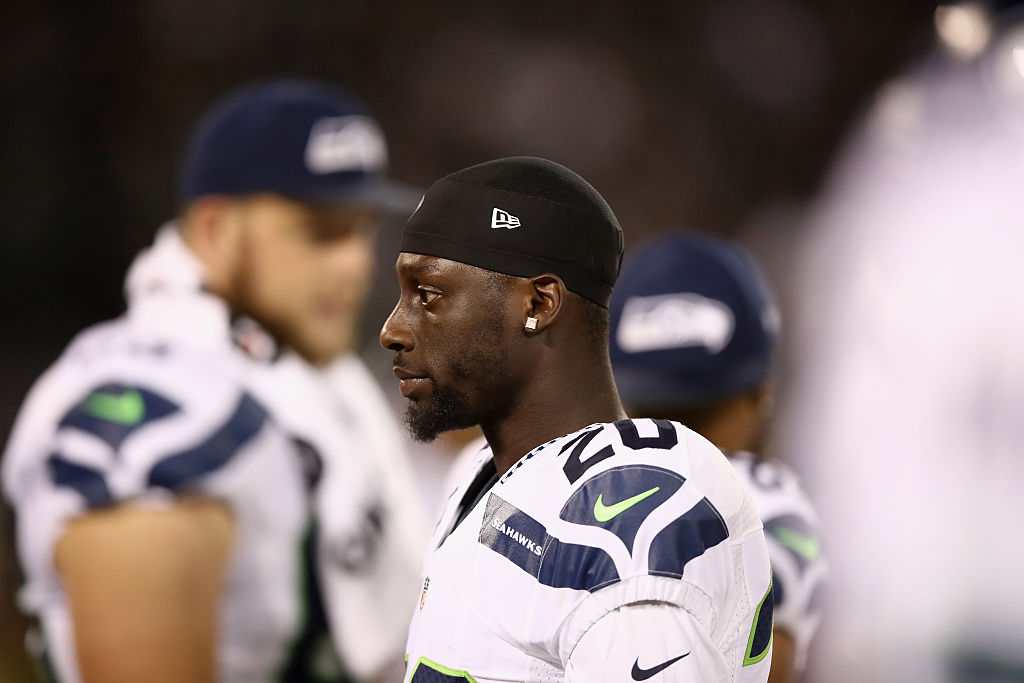 As we start up another week, we have a little bit more on the Colin Kaepernick story to digest. And yes, we’re still talking about national anthem protests. Kaepernick reached out to Jeremy Lane of the Seattle Seahawks to extend thanks for following his lead in sitting out the national anthem.

“He reached out to me and just told me thank you, standing behind me,” Lane said.

Kaepernick is sitting out performances of the national anthem before games to draw attention to what he refers to as oppression of African-Americans in this country. President Barack Obama recently chimed in on the protest, showing just how much national attention this has received.

Some have joined Kaepernick’s cause, although the 49ers quarterback is not going out on his own to round up support. Lane was among those following the movement of sorts in a recent preseason game, and has said he will continue to do so during the regular season. Like Kaepernick, Lane will do so by himself and not attempt to persuade others to join him.

“I don’t know. I don’t want to put any pressure on anyone. I’m doing it for me.”

Lane also received support from some of his teammates, including Michael Bennett.

“I think it’s his right to be able to protest, and I think it’s all right,” defensive end Michael Bennett said. “There’s definitely some issues in America that a lot of people are starting to recognize. I think people have recognized them before, but I think with social media and the things that are going out, the media outlets, everybody has a chance to really show what is going on and their ideas and really having a chance to really protest what they think is wrong with America. And that’s OK. That’s what it’s about.

“It’s about people having that right to have their voice, and I think it’s cool that Jeremy Lane is doing what he wants to do. Obviously, there’s so much going on right now in America. Football’s just a small part of what we do. At the end of the day, we’ll be football players for 12 years or 10 years or whatever it is. But at the end of the day, we’re still minorities and black men in America, and that’s what we’re going to be for the rest of our life. And if you want to protest about things that are going on, that’s fine.”

“It’s not just the African-American players. It’s the white players too,” Bennett said. “They all see it, and we talk about it. It’s good. It’s good that we can have a conversation about it, and people don’t get angry and people understand where people are coming from, and you just understand both sides of it.”

Unless the NFL or any individual teams step in and convince their players to stand for the national anthem (which would be a PR nightmare in many regards), there is no sign of this protest stopping any time soon, and others may soon feel compelled to join Kaepernick’s cause.

If that is what it takes to promote change in how our communities live together, then this is a very small price to pay in the long run. The sooner the conversation shifts to fixing the reason for the anthem protest, the better off we may all be.