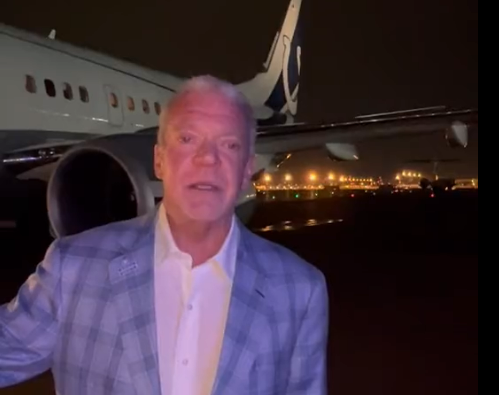 Making a strong pledge to your fans can be endearing. It can also come back to bite you pretty hard. Indianapolis Colts owner Jim Irsay is finding that out the hard way in the aftermath of his team getting humiliated by the Dallas Cowboys in Week 13 on Sunday Night Football.

For anyone needing a reminder, the Colts needed only a Week 18 win against the Jacksonville Jaguars to qualify for the playoffs in 2021. Indianapolis was handily defeated by Jacksonville — that season’s worst team — and watched the playoffs from home as a result. Less than a week after that game, Irsay posted a video on Twitter, addressing the fans.

Irsay apologized for the “pain and disappointment” caused by the recently concluded season. He added, “I have allowed doubt, fear and a lack of faith, slip into our DNA and it will not stand.” He added that if anyone in the Colts’ complex didn’t “want to put all of the chips in on the table for winning and excellence, then don’t walk in the building” and closed with “it’s unacceptable and it will not stand.”

While the video was put out nearly 11 before Sunday night’s game, it remained staggeringly relevant. The Cowboys won 54-19, outscoring the Colts by a whopping 33-0 in the final quarter.

In the aftermath, football fans couldn’t help but comment on Irsay’s video from January.

“It’s unacceptable. And it will not stand” https://t.co/ofhuAxQSvO

Nothing but pain since this video was put on Twitter.. https://t.co/qkPlKdH2T2

Indeed, that video has aged like milk in the desert.

While Irsay might have pledged to make 2022 a better season for the Colts, it’s been anything but.

Sunday’s loss moved Indianapolis to 4-8-1 on the season. The Colts fired their coach, Frank Reich after nine games and controversially replaced him with Jeff Saturday. Irsay defended the move, noting that Saturday’s lack of coaching experience didn’t bother him. Saturday’s tenure started with a win, keeping the good vibes going. Since then, he’s 0-3, with the three losses coming by increasingly larger margins.

With a bye in Week 14, Indianapolis will get some extra time to lick its wounds. The Colts will be on the road in Week 15 against the Minnesota Vikings and will return to the national TV stage the following week with a Monday night game against the Los Angeles Chargers.