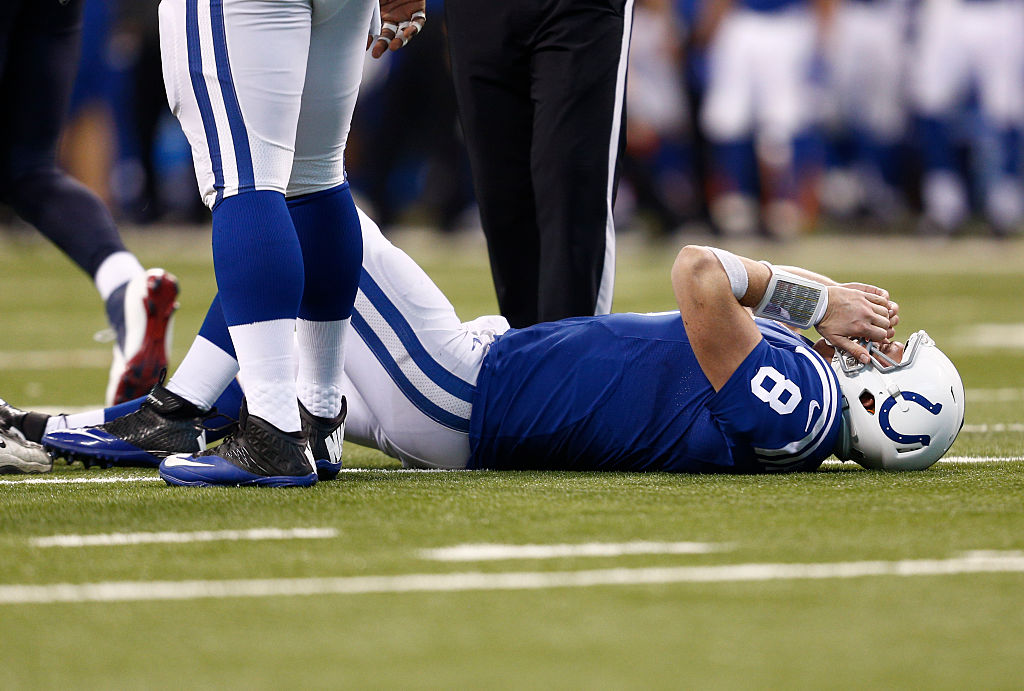 The Indianapolis Colts placed quarterback Charlie Whitehurst on injured reserve on Monday. With one week to go and a spot in the playoffs still up for grabs, it remains to be seen just who may be the starting quarterback for the team in the postseason if they manage to get in. Heck, it might just be you.

The Colts have managed to play into a playoff battle despite quite a year for quarterback injuries in Indianapolis (all hail the almighty AFC South). Franchise quarterback Andrew Luck has missed the last six games due to a lacerated kidney. Matt Hasselbeck continues to be banged up. Whitehurst is no longer an option having been placed on Injured Reserve with newly acquired Stephen Morris being the only unscathed quarterback at this point in the season. Morris was added to the roster off the practice squad from the Philadelphia Eagles within the last week. The former Miami Hurricane may have to get caught up top speed pretty quickly given he may get the start by default.

With the way things have been going this season, it might be wise for the Colts to keep a couple of phone numbers handy in the coming week, because who knows if they will need to add another quarterback to the fray. So feel free to start up those Tim Tebow rumors if you will. It’s actually pretty fun to just rattle off random QBs names as almost anyone with a pulse who can throw a football is in play. Brett Favre? Troy Smith? JaMarcus Russell? Sure! It really cannot get much worse for the Colts at this point, at least we hope for the sake of the franchise.

One option that may not be as outlandish may be Rex Grossman. Grossman was sigend to a one-year deal by the Atlanta Falcons this year but was released in early September. Jason Campbell coudl also get a call, although he decided to retire earlier this year.

So, do you have any arm strength? Can you read NFL defenses? Have you passed for six touchdowns in a game of Madden? If so you may want to give the Colts a call.