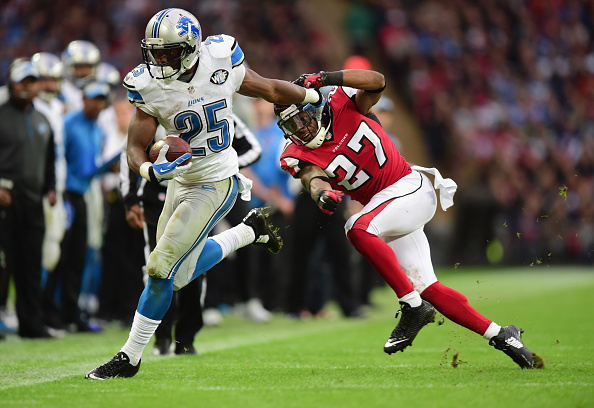 Now that the Miami Dolphins and Tampa Bay Buccaneers kicked off their 2017 seasons last week, each of the 32 teams around the league has at least played in one game this year. Some may wish their season could start over (cough, Cincinnati Bengals, cough), while others picked up right where they left off in 2016 (see Atlanta Falcons).

For Week 3, eight teams are still looking for their first wins of the season while nine others have yet to experience what a loss feels like in 2017. These amounts are guaranteed to decrease following this week’s slate of games by at least one team per category.

As for who those teams may be, that is something for the football gods to decide.

It is only the third week of the 2017 season and Thursday Night Football already seems like it is in midseason form.

This week’s matchup looks to be another TNF paint-drying classic as the Rams head to San Francisco to take on the 49ers in their three-year-old stadium that no one seems to want to check out. Perhaps it is because everyone in San Francisco is too busy trying to figure out a way to pay for their 650 square-foot studio apartment that costs them $3,200 a month to rent.

Don’t think that price includes any utilities either.

Fans of the Ravens and Jaguars must be thrilled about waking up early on a Sunday morning to not even be able to watch their favorite teams play on the NFL Sunday Ticket package that they are paying even more to access in 2017.

That is because the NFL came up with this “great” idea to stream the game on Yahoo! and only air it on television in the team’s local markets. What a brilliant idea for the league to expand their fanbase (not).

There are going to be a lot of Ravens and Jaguars fans calling their adult children this weekend to figure out how to watch the game on their stupid iPad thing.

If there were ever a week for the NFL to have a Thursday Night Football doubleheader, this game would be featured. The loser of this matchup should have to play all of their games on Thursdays for the remainder of the year.

At least for the fans of the Browns and Colts, this will be the one week of the season where they will get to watch one of their teams come out with a win. Unless, of course, they end up in a tie.

It sounds like Giants quarterback Eli Manning will be able to climb out from the bus he was thrown under by his head coach last Monday to make it in time for Sunday’s game against the Eagles. Luckily for Manning, he should have a healthier Odell Beckham to throw to this week and perhaps the two will even connect for a touchdown.

Since this game is in Philadelphia, the Giants will likely be hearing a lot of boos from the Eagles fans inside the stadium. But New York may actually think they are in their home stadium this Sunday given the amount of boos they heard from their own fans last Monday.

A classic AFC East matchup takes place in New York this week, but this game will likely be far from a classic. Although, with Dolphins quarterback Jay Cutler involved, things can always end up getting a little strange.

Miami beat the Jets by 21 points in their last matchup and much of the same should be expected for this week.

Oddly enough, this game could end up being one of the best of the week. We know Bills fans will be loud and obnoxious (and blacked out), but will their team be able to hand the Broncos their first loss of the year?

Buffalo will have their work cut out for them on Sunday as Denver quarterback Trevor Siemian basically looks like the second coming of Joe Montana so far this season. The Bills will actually have to score points this week if they want to win, though, since Broncos kicker Brandon McManus outscored Buffalo himself in Week 2, 6-3.

If the Saints are hoping to get their first win of the season this week, they better think again. New Orleans has lost four of their last five games in Carolina and their defense currently cannot catch a fly in a phone booth.

On the other side of the field, it feels like the Panthers have basically snuck into the ranks of the undefeateds this year. It does not seem like they will suffer a loss this week, so Carolina should be able to continue on as one of the least intimidating unbeaten teams in the NFL this season.

With how physical Pittsburgh’s defense has been so far this year, there is a good chance that Bears rookie quarterback Mitchell Trubisky could make his regular season debut on Sunday. Although, the fear of going up against the Steelers’ defense may also cause Trubisky to randomly end up missing when Chicago comes looking for him to enter the game.

This is the game of the week, no debate.

The last time these two teams played, Falcons running back Devonta Freeman was a rookie and Lions quarterback Matthew Stafford could only afford to buy just one third-world country. But during their matchup back in 2014, Atlanta allowed Detroit to come back from a 21-3 deficit (sounds familiar) and win the game with a last-second field goal.

This game could prove to be very important when these two teams are fighting for playoff spots at the end of the year.

Oh, would you look at that: Sam Bradford is having knee troubles. This is only the 78th time something like this has happened during the career of the current Vikings quarterback.

Bradford’s status for Sunday is not expected to be known until Sunday, so the Buccaneers will also have to prepare to face Minnesota backup quarterback Case Keenum this week. Keenum just happens to be undefeated in his two career games against Tampa Bay.

New England’s offense is already on a record-setting pace this season, but their next few matchups have them facing defenses capable of slowing them down. Their first test comes against J.J. Watt and the Texans this week.

Houston got their first win of the season last week in an ugly game against the Cincinnati Bengals. Texans rookie quarterback Deshaun Watson is unbeaten in the NFL so far, but Patriots head coach Bill Belichick might have even cracked a few rare smiles when thinking about facing a rookie signal-caller this Sunday.

Whoever wins this matchup will likely be due to their quarterback. Both starting quarterbacks in this game (Russell Wilson and Marcus Mariota) have the capability of putting their entire team on their back and one of them just might do exactly that.

Something is wrong with the Bengals and has been since the 2016 season. It is a bit confusing since they have a good amount of talent on both sides of the ball, yet their performance on the field is more reminiscent of a bunch of five-year-olds all trying to kick the ball at once in a youth soccer game.

They could shock a few with a win on Sunday, but the Packers have won six of their last seven home games against AFC opponents so Cincinnati’s chances do not seem to be the greatest. Especially since they are heading into Green Bay with a starting quarterback in Andy Dalton who has yet to throw a touchdown pass this season (despite having A.J. Green to throw to).

The last time the Chargers beat the Chiefs during the regular season (2013), Justin Bieber was not even capable of growing chest hair. Perhaps the Chargers’ fortunes against their AFC West rival will change this year now that they are based in Los Angeles, but don’t count on it.

The Chargers have suffered brutal last-second losses in their first two games this year, but Kansas City should have no problem eliminating any hopes Los Angeles has of winning this matchup well before the fourth quarter.

Washington has been waiting for this matchup since 1984, when they suffered a huge loss to the Raiders in Super Bowl XVIII. Well okay, not really.

This should, however, be a game that Oakland does not have trouble coming out of with a win. With most of their best players still healthy, the Raiders should easily defeat the Redskins on Sunday.

And just a warning for those planning on watching the Sunday Night Football broadcast, just prepare for a game full of NBC’s Cris Collinsworth drooling uncontrollably as he talks about how great Oakland quarterback Derek Carr is.

As a prize for barely defeating the hopeless Colts in Week 2, the Cardinals now get to face a Cowboys team that is plenty angry after getting embarrassed by the Broncos last Sunday.

People under the age of 20 might not know this, but Arizona and Dallas used to be in the same division at one point in time. Yes, for a number of years the NFL believed that Arizona (which borders California) should be included among the teams in the NFC East.

ESPN probably will not mention this at all during Monday’s game, though.