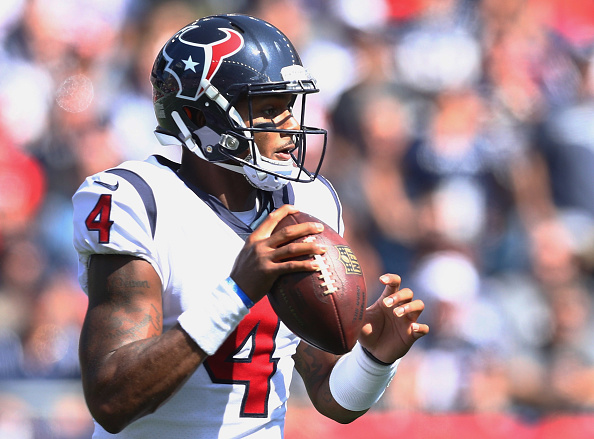 After an underwhelming group of games in the NFL last week, there are a number of matchups on the Week 8 schedule that should get the excitement back up and running again. With five teams on a bye, there will only be 13 games played around the league from this Thursday to Monday.

Which games on the schedule should NFL fans be pumped up the most about watching this week?

Dolphins notes – After sustaining cracked ribs last Sunday against the New York Jets, Miami quarterback Jay Cutler will be out of action for this week’s game. Starting in his place under center will be Matt Moore, who was 2-1 in his three starts last season.

Ravens notes – Baltimore quarterback Joe Flacco has failed to throw for more than 235 yards in any of his seven games this season. Last year, he accomplished that feat in 12 of his 16 starts.

Vikings notes – In the past four weeks, the Minnesota defense has four interceptions, 16 sacks, and is holding opposing quarterbacks to just 170 passing yards per game.

Browns notes – Cleveland rookie quarterback DeShone Kizer threw his 10th and 11th interceptions of the season last week against the Tennessee Titans. The good news is he still needs to throw seven more picks to set the Browns record for most interceptions thrown in a single season by a rookie.

Falcons notes – Everyone has been pointing to Atlanta’s offense as the reason for the team’s struggles so far this year, but the real problem may actually be with their defense. The Falcons’ defense has only been able to generate three turnovers out of their opponents in 2017, which is dead last in the NFL.

Jets notes – Speaking of turnovers, New York’s defense already has nine interceptions this season (second-highest amount in the league). However, the Jets’ defenders have given up the most passing touchdowns to opposing quarterbacks as well this season (15).

Panthers notes – Last week against the Chicago Bears, Carolina set a franchise record for the least amount of total yards given up during a loss, as they only allowed the Bears to gain 153 total yards from scrimmage and still managed to lose 17-3.

Bucs notes – Through six games this year, Tampa Bay’s average of 312.3 passing yards per week is the most of any team in the NFL. Their offense would be even scarier if they could find some sort of run game other than the one that currently ranks 30th in the league.

49ers notes – Against the Dallas Cowboys last week, San Francisco’s defense gave up an embarrassing 265 yards on the ground. Despite how high of an amount that is, it was only the third-most rushing yards the 49ers have ever given up since 1972.

Eagles notes – Philadelphia has now won at least six of their first seven games for the first time since 2004. That 2004 season just happens to be the last time the Eagles appeared in a Super Bowl as well.

Bears notes – Last Sunday against the Carolina Panthers was the first time Chicago has finished a game with four pass completions or less since 1981. They happened to win that game as well.

Saints notes – When New Orleans lost their first two games of the year, their offense was only averaging 70.5 rushing yards per week. Since then, the Saints have averaged 147.3 yards per game on the ground and coincidentally won four in a row.

Chargers notes – Despite having more losses than wins, Los Angeles has actually scored more points (137) than they have allowed this season (131).

Patriots notes – In their last seven meetings with the Chargers (including the playoffs), New England has been victorious six times. Los Angeles’ only win came in 2008, five weeks after Patriots quarterback Tom Brady suffered a season-ending knee injury.

Raiders notes – Oakland quarterback Derek Carr threw for over 300 yards last week for the 12th time in his young career. When Carr is able to accomplish this feat, the Raiders record is 9-3.

Bills notes – Buffalo has yet to lose when playing at home in front of their insane fans this year. The last time a Bills team went undefeated at home for an entire season was back in 1990, a year that also ended with Buffalo playing in the Super Bowl.

Colts notes – Indianapolis officially has the worst defense in the NFL this season in terms of points allowed. For those who may not know, Chuck Pagano was previously a defensive coordinator for the Baltimore Ravens before being hired as the Colts’ head coach in 2012.

Bengals notes – Despite his team’s struggles this season, Cincinnati wide receiver A.J. Green is on pace to have himself a career year. If he is able to keep up with his current pace, Green will likely finish the season with over 90 catches and more than 1,400 receiving yards.

Texans notes – Already with 15 passing touchdowns in five games, Houston rookie quarterback Deshaun Watson only needs to toss 12 more scores this year to set the NFL’s all-time record for most passing touchdowns thrown in a single season by a rookie.

Seahawks notes – After a disappointing start to the year (losing two of their first three), Seattle has gone back to their bread and butter of playing tough, hard-nosed defense. The Seahawks have won their last three matchups while only allowing their opponents to score an average of 11.7 points per game.

Redskins notes – Washington has performed the best this year when holding the opposing offense to under 100 rushing yards. In these specific circumstances this season, the Redskins have a record of 3-1.

Steelers notes – During Pittsburgh’s five wins this year, their defense is holding opposing rush offenses to just 65.8 yards per game. But in their two losses, the Steelers’ defense has been gashed on the ground and given up an average of 226.5 rushing yards per game.

Lions notes – Detroit has lost three of their last four games and it has a lot to do with their defense playing poorly. During those three losses, the Lions’ defense has allowed their opponents to rack up an average of 389.7 total yards and 36.3 points.

Broncos notes – In their first four games this season, Denver came out victorious on three occasions and their offense was averaging 143 rushing yards per game. Since then, the Broncos have lost two in a row and that once impressive rushing offense has only averaged 57.5 yards in each game.

Chiefs notes – Currently, Kansas City ranks second in the NFL with an average of 29.6 points per game. The last time a Chiefs team ended a season ranked second or higher in scoring was back in 2004 when they were coached by Dick Vermeil.