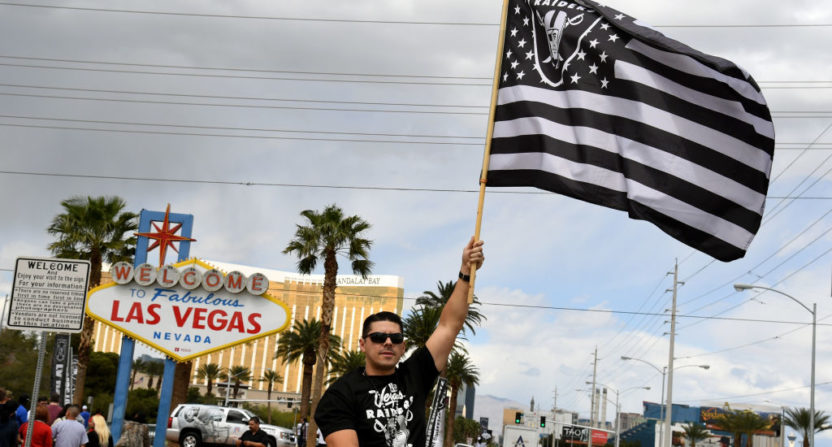 When you are on the search for a new job, you sometimes go out on a limb or head out on a whim to take up a job opportunity. On Thursday in Las Vegas, hundreds of job searchers showed up to inquire about a potential job opportunity to help with the building of the new football stadium for the Raiders. There was just one problem. Those jobs do not exist yet.

A misleading flier distributed in the area led to hundreds of locals showing up at a board meeting for the Las Vegas Stadium Authority with the expectation they would be able to sign up for a job with the Las Vegas Stadium Authority. This was news to the stadium authority because it has not reached that point in the process just yet. The stadium authority is still reviewing everything that needs to be taken care of before construction on the new entertainment palace that will serve as the new home of the Raiders and other entertainment options throughout the year can begin laying the foundation.

According to the Associated Press;

But they found the hand bill was fake and there were no jobs to be had yet as the Las Vegas Stadium Authority board continued to address some of the many items that must be completed before construction on the $1.9 billion project can begin.

Board chairman Steve Hill denounced the flyer after the meeting. But, he says, the attendance “exhibits a real desire on the part of a number of people in the community to go to work.”

The flier in question was distributed by local activist Stanley Washington, according to the Las Vegas Sun. The intent of the flier was to encourage minorities to make their voices heard for potential jobs with the stadium, although the flier was easily misinterpreted. After the fallout, Washington stood by his flier.

From the Las Vegas Sun;

“I was on legal ground everywhere,” Washington said. “Then it got down to the interpretation of the flyer. Well, what does the flyer say — the flyer says ‘pre-job recruitment signups.’ It doesn’t say, ‘come down and get a job.’

“All the different opinions, they’re welcome to that. The only thing I’m interested in is SB1, people working — I’ll take all the hits for flyers all day long.”

Considering how many people were left with no jobs to sign up for despite the flier saying “pre-job recruitment sign-up,” you can imagine why so many would have been angry with Washington’s effort.

The Raiders are set to move to Las Vegas in the next few years, with their announcement to confirm their intentions to move to Las Vegas simply saying they will move when a stadium is ready. Las Vegas is committed to building the new stadium, but it’s just a matter of time before that process can begin with the construction phase.