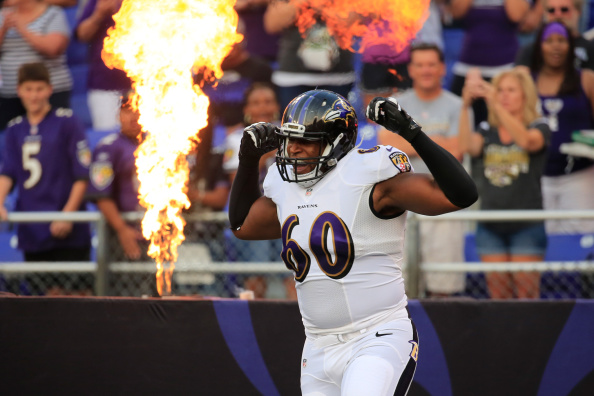 Allowing football players to use medical marijuana as an alternative to conventional painkillers (which have been the subject of lawsuits and widespread abuse) has been floated numerous times, with cases along those lines made by everyone from Ricky Williams to Patrick Hruby. Despite the increasing legalization of recreational (in Colorado, Washington, Alaska and Oregon) and medical (in 24 states and the District of Columbia) marijuana, though, the NFL has been reticent to explore the idea, and part of that has been thanks to federal regulations making it difficult to conduct scientific studies on the drug’s effects. But what about a usually oil- or gel-based form of cannabis (the overall plant: marijuana typically refers to certain preparations of it) with less THC (tetrahydrocannabinol, the psychoactive ingredient) and more CBD (cannabidiol, a non-psychoactive ingredient that’s shown some medical results), which wouldn’t get users high and might even pass NFL drug tests? That’s what current Ravens’ tackle Eugene Monroe and former players Jake Plummer, Nate Jackson, Tatum Bell, Reuben Droughns and Charlie Adams have donated money and are trying to raise more for studies to investigate, as Nicki Jhabvala of the Denver Post writes in an excellent feature:

Plummer credits yoga for helping keep him on the [handball] court. And visits to a chiropractor. The jogging and cycling. The acupuncture. Even the dry needling he started.

But especially cannabidiol, or CBD, a nonpsychoactive compound in cannabis that gained notice a few years ago in treating epilepsy in children and has been shown to have anti-inflammatory and pain-relieving properties.

Plummer and many other retired and active NFL players believe the compound is an effective alternative to the potent painkillers they receive while in the league, and that players should be allowed to use it.

So he and four other ex-NFL players, as well as one current one, have teamed with a Colorado hemp producer and its partnering non-profit to raise money for research to find out if CBD is a safe and viable treatment for not only pain but also symptoms of concussions and chronic traumatic encephalopathy (CTE).

The mission of their campaign — “When the Bright Lights Fade” — isn’t necessarily to advocate for the NFL’s approval of marijuana, though many believe weed should be legal for players to use, but to first work with researchers at Johns Hopkins University and the University of Pennsylvania to study football players’ use of cannabinoids and the body’s tolerance of them long term.

Here’s a Melissa Etheridge-narrated video about the campaign:

Monroe’s involvement here is especially interesting, as he’s still an active NFL player. He isn’t featured in that video, and he told Jhabvala he’s never used marijuana or CBD. However, he donated $10,000 to help fund research here because of what he’s seen with other players:

But the “what ifs?” are there: What if the NFL simply raised its THC limit to ensure those taking hemp-based CBD products wouldn’t fail a test? What if CBD could be prescribed by team trainers via a therapeutic-use exemption?

After all, that exemption is how former offensive lineman Eben Britton was allowed to take Adderall, a medication that helped with pain from injuries but took him on an emotional roller coaster. In 2013, his first year with the Chicago Bears, Britton suffered a torn muscle on the bottom of his right foot. He still has no feeling in that foot. His shoulder was dislocated. And by the end of every season, he would have to wear casts on his thumbs and now has arthritis in his fingers. He has pain in nearly every joint.

“Every guy on the team is a prescribed a bottle of anti-inflammatories of one kind or another, whether it’s Cataflam, Indocin, Aleve, Tylenol, Advil. Every guy is taking that (stuff) every single day,” Britton said.

Baltimore Ravens offensive tackle Eugene Monroe saw up close how much Britton struggled when they were teammates with the Jacksonville Jaguars. He remembers the play that blew out Britton’s shoulder at Kansas City, and he remembers when Britton walked around Jaguars headquarters with an IV drip for eight weeks after contracting an infection following back surgery.

“You’ll find these stories across every locker room in the NFL,” Monroe said. “When you talk to someone’s family members, if you talk to a player’s wife, I guarantee you, she’d be able to paint a vivid picture for the struggles that her husband goes through on a daily basis. I’m talking about out of season too, because injuries don’t magically go away.”

Monroe, the only active player involved in the campaign, said he has never used marijuana or CBD. He donated $10,000 to the cause, but he can’t and won’t risk failing a drug test.

“It’s hard to read how beneficial CBD is and not be able to take it, knowing that all of the symptoms that I’m experiencing as an athlete could potentially, or will be, remedied because it’s happened over and over again for people all over our country,” he said. “There’s no reason for the NFL or other sports to test their players and punish them for consuming a substance that is benefiting them.”

Of course, NFL players could currently chance using CBD even before any further studies. Former NFL RB Jamal Anderson told Bleacher Report’s Mike Freeman in 2015 that an estimated 60 per cent of NFL players smoke marijuana, and as they’re only tested for it during the offseason, many can get away with it. The low-THC, CBD-heavy “Charlotte’s Web” product (named after the girl with epilepsy it appears to have helped who was featured in a 2013 CNN documentary on medical uses of cannabis and whose case has been key to several states allowing medical use of low-THC products for kids battling seizures) might be even easier to use, as the NFL tests only for THC (with an acceptable level of less than 35 nanograms per milliliter). Thorough research is going to be needed to see what health effects CBD actually has, though (the Post‘s series on those who have moved to Colorado to try it for their seizure-prone kids with mixed results is well worth reading), and that’s why it’s important to see this research funded. It’s notable that this research (from Johns Hopkins University and the University of Pennsylvania) isn’t setting out to change policies, but rather to examine just what effects CBD does have on football players. Its results could have profound policy implications for the NFL, though, and it’s well worth keeping an eye on.