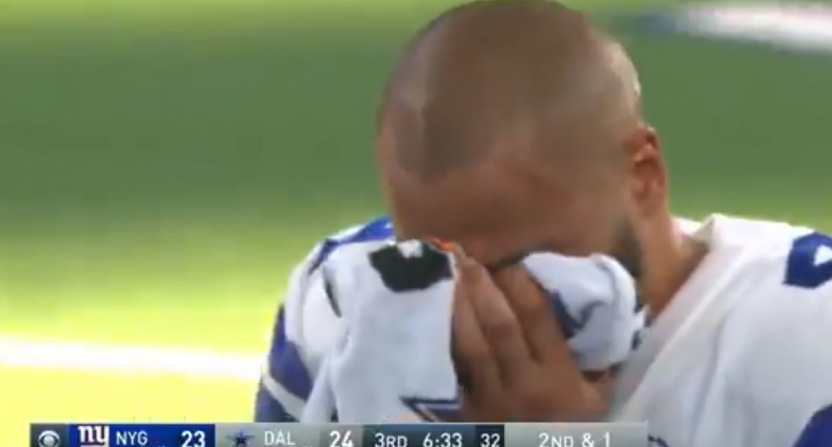 A warning, first and foremost, that this is a pretty graphic injury.

Dak Prescott looks likely to be out for the season after a gruesome ankle injury today against the Giants. If you want to watch it, you can, here:

Prescott was carted off in tears:

A very emotional Dak Prescott is carted off. This sucks. pic.twitter.com/s0SgGRTycz

The injury looked severe, obviously, but the fact that he’s already heading in for surgery suggests that it is indeed as bad or even worse than that.

Joining all of our player members in sending prayers for @dak 🙏 pic.twitter.com/XuGJApzzZZ

Just horrible all around. It’s even worse given Prescott’s contract situation; he’s playing this year on the franchise tag, meaning his hopes of parlaying another solid season into a big extension may have just taken a hit. It’s ironic, really, considering if any player was justified in taking that risk it would be Prescott, who has been incredibly durable throughout his career; next week will be his first ever missed start.

Hopefully he makes a quick and full recovery.