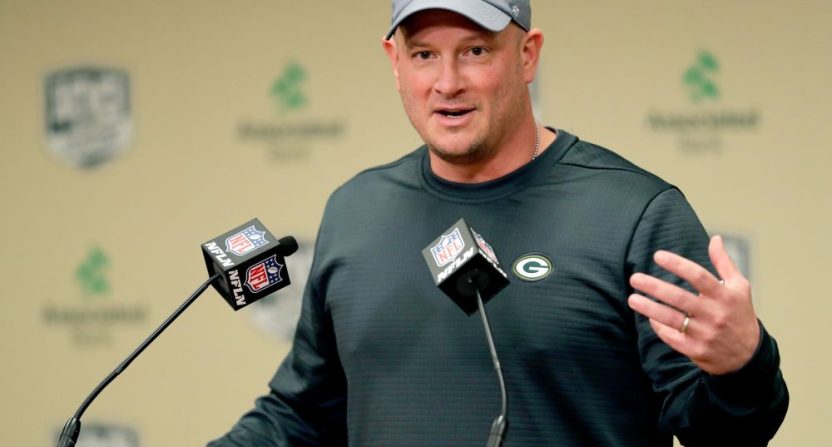 The head coaching position for the Denver Broncos has been a revolving door as of late, with four head coaching hires dating back to 2016.

The #Broncos are finalizing a deal with #Packers OC Nathaniel Hackett to make him their new head coach, per sources.

He will be replacing former coach Vic Fangio, who was fired earlier this month after a disappointing 7-10 record this season.

Here are some reactions around the NFL world on the latest hiring by the Denver Broncos.

Cue the white smoke!#BroncosCountry , how ya feeling about Nathaniel Hackett?

I think he’s the energy boost (and offensive mind) the team needs to kick start a new chapter. Hackett was my choice from the jump – love his passion and energy. Excited to see the changes he brings. https://t.co/bYHCTd2684

👏👏 the guys in Denver will love him! https://t.co/gbY6AKoFZS

As I reported earlier this week, priority No. 1 for the #Broncos was Nathaniel Hackett. Denver wants to win with an innovative offense and believes Hackett is the guy to do it. Great hire IMO. https://t.co/zUqv3nax9g

This hiring will further add to the speculation of Green Bay Packers star quarterback Aaron Rodgers coming to Denver, something that has been talked about extensively in the past few weeks.

Probably only going to hear Rodgers and Davante are headed to Denver 400,000,000 times over the next 2 months https://t.co/wmhpsU1IRV

Rodgers has been very complimentary of Hackett during his time as offensive coordinator of the Packers, saying previously that he hopes that Hackett doesn’t go anywhere without him in the future…

Aaron Rodgers on Nathaniel Hackett last season, with a smirk:

“I hope he doesn’t go anywhere. Unless I do.”

While Rodgers says that his future is up in the air, you have to believe that going to a franchise with a ton of cap flexibility and a familiar head coach with a pretty talented roster for him would be enticing.

In a division like the AFC West with star quarterbacks like Patrick Mahomes and Justin Herbert you have to play two times a year, you need to have someone who can match that level of productivity. The Broncos have just not had that in recent years with the likes of Teddy Bridgewater and Drew Lock. It appears that the franchise may be putting the wheels in motion to attract a star quarterback like Aaron Rodgers to the organization.