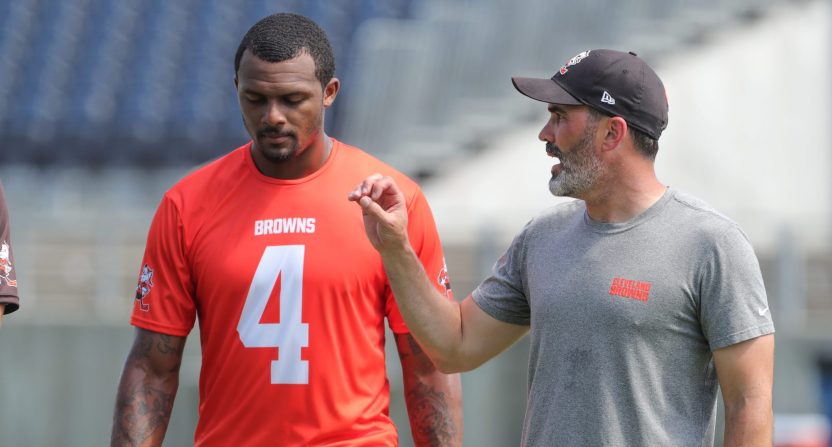 The NFL and Cleveland Browns quarterback Deshaun Watson finally came to an agreement on punishment over the various sexual misconduct accusations against him, landing at a suspension of 11 games, a $5 million fine, and mandatory attendance at a treatment program for counseling.

According to NFL reporter Peter King, Watson has begun that counseling.

The Browns quarterback has maintained his innocence throughout this whole ordeal but the overwhelming number of accusations, coupled with the testimony given by his accusers, made it too impossible for the league to avoid punishment. Watson did offer an apology last week but it was seen as hollow by many and lacking any real remorse.

Perhaps more people would have accepted Watson’s apology had it sounded more sincere. Instead, it all felt like he was saying “I’m just doing this in order to play football again.”

My thoughts on the latest surrounding Deshaun Watson and the NFL pic.twitter.com/JZ3nhADgGX

Watson feels like he hasn’t done anything wrong since he didn’t rape or assault anyone, and probably doesn’t feel the punishment fits the crime. But he did, however, make several women uncomfortable with his actions and should be embarrassed. Still, it doesn’t sound like he has any regrets.

It will be interesting to see if counseling will open Watson’s eyes to show him that his actions were unacceptable.