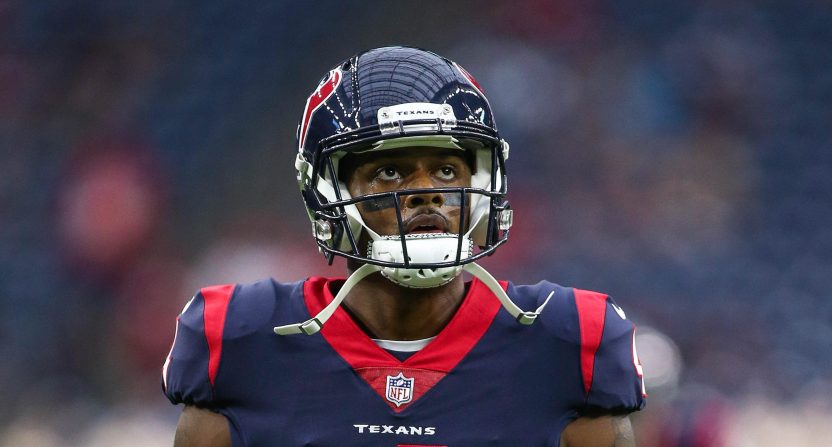 Deshaun Watson was traded to the Cleveland Browns last week after a grand jury in Harris County in Texas declined to indict the quarterback on criminal charges after a police investigation sparked by 22 lawsuits filed against him. It was thought that the potential of criminal charges was the only thing keeping an NFL team from pursuing Watson, who had demanded a trade from the Houston Texans prior to the legal issues.

The Browns decided to move on from Baker Mayfield and trade for Watson despite the fact that he still faces civil trials due to the various allegations of sexual assault and harassment. While the Browns said they conducted a thorough investigation into the quarterback, they didn’t share any of those details, and the lawyer representing the 22 women who filed the suit said the franchise did not speak with them.

Recently, it became known that a second grand jury was being convened in Texas’s Brazoria County to consider charges against Watson. But on Thursday, word broke that this grand jury also declined to indict the former Texans star after considering an accusation of sexual misconduct.

“After a careful and thorough review of the facts and evidence documented in the reports prepared by the Brazoria County Sheriff’s Office and the Houston Police Department, as well as hearing testimony from witnesses, the Grand Jury for Brazoria County has declined to charge Deshaun Watson with any crimes. Accordingly, this matter is closed,” Brazoria County District Attorney Tom Selleck said in a statement.

The Browns declined to comment on the second grand jury. Watson’s attorney, Rusty Hardin, released a statement after the decision was handed down.

In a statement regarding a Brazoria County grand jury’s decision not to indict Deshaun Watson, his attorney, Rusty Hardin, said “both we and the Cleveland Browns knew this grand jury presentation was pending and attempted not to discuss it publicly until it was completed.”

Of course, this doesn’t mean the NFL won’t suspend Watson. Now that he intends to play in the upcoming season, the league could suspend Watson for at least six games through its code of conduct policy for violations related to sexual assault. The league previously said that any trade would have “no effect on the NFL’s ongoing and comprehensive investigation of the serious allegations against Watson. If the league’s investigation determines Watson violated the personal conduct policy, discipline may be imposed pursuant to the policy.”

The Browns have reportedly reworked his contract so that he only makes $1 million in base salary this season, which would mean that if he were suspended, he would lose a tiny fraction of his overall contract. It’s a craven move that did not sit well with many people.

In the meantime, the decision by a second grand just not to pursue criminal charges against Deshaun Watson certainly led to some strong reactions on social media. Many of them couldn’t help but notice the name of the district attorney who released a statement afterward.

Which means nothing to #NFL as far as possible suspension for Deshaun Watson. It’s about personal conduct policy. If Watson didn’t think he should be suspended why did he make year one of his new contract only $1 million. Next near $46M. NFL should make any suspension in year 2. https://t.co/r4WRhMq7g8

Like I said, never trust Tom Selleck, whether he is trying to take your grandma’s house or letting men accused of numerous sexual assaults off the hook. https://t.co/0X083d0d95

I do wonder how many Browns fans who claim to no longer be a fan due to the Deshaun Watson situation will truly stick to that. I know there were plenty of Steelers fans who said they were done with the team after they added Mike Vick and then were waving towels weeks later.

From the Hoston Chronicle:

Watson in Cleveland today and possible that introductory press conference is set for tomorrow. https://t.co/u264rKmLGN

Watson is expected to be introduced by the Browns in a press conference in the next few days and it will be very interesting to see how that goes.