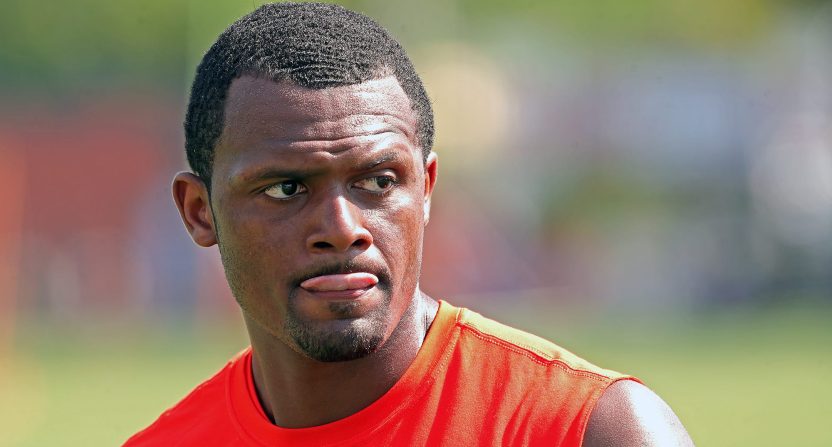 It’s been over a week since the NFL and Deshaun Watson agreed to an 11-game suspension and a $5 million fine for the Cleveland Browns quarterback. But with Watson bizarrely maintaining his innocence multiple times, not every prominent person within the league is happy with the way the process turned out.

In an interview with Cleveland.com, NFL senior adviser on matters of domestic violence and sexual assault Rita Smith revealed that she does not believe Watson is being sincere.

“I feel like he’s playing us,” Smith told Cleveland.com. “He’s saying exactly what he thinks he needs to say to get on the field again. He’s not thinking strategically at all about ‘Did I cause harm to other people?’ He’s not questioning any of his behaviors at all. He’s absolutely certain from that last statement ‘I’ve done nothing wrong. This is all about people trying to get at me, and I just want to go play ball.’”

Smith, who spent 23 years as the executive director of the National Coalition Against Domestic Violence, also has concerns about Watson’s refusal to take responsibility for his actions.

“That energy is not good for future reoffending,” she said. “That that purports to me that he’s still a danger to people, because he’s done absolutely no self-reflection that I can tell. You don’t have that many violations reported from somebody who’s not doing anything wrong.

Watson will be eligible to return to the Browns for their week 13 matchup with the Houston Texans.