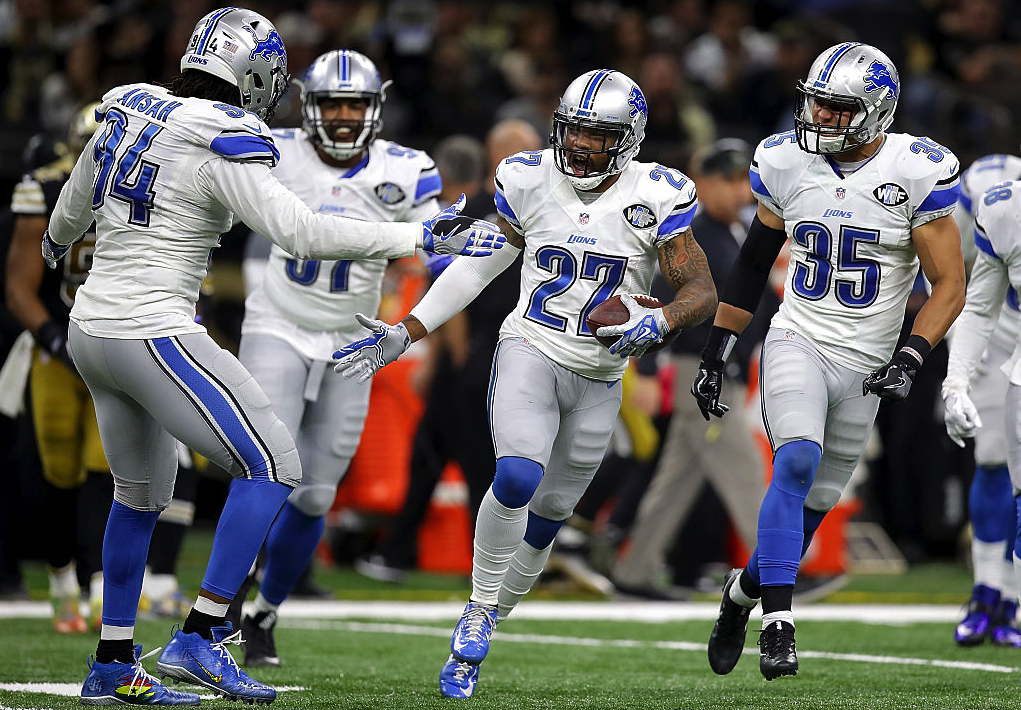 When Calvin Johnson made the shocking decision to retire from the Detroit Lions after the 2015 season, regression looked like a strong possibility for a franchise that lost two superstar talents in a two-year time frame. Losing Johnson just one season after Ndamukong Suh left for free agency appeared to be an exodus of talent that would force the Lions to rebuild to contend with the competition in the NFC North.

Instead, the Lions have dug in deep in the wake of these changes, resulting in a surprising season in Detroit. Quarterback Matthew Stafford has carried on without Johnson to provide solid play under center and keep the offense above water, but the story of the Lions’ success this year is primarily focused on a defense that deserves national attention.

The relatively unknown Detroit defense, a unit devoid of superstars since Suh left town, has been the catalyst for the Lions’ climb up the NFC North standings after a slow start. During Detroit’s recent 7-1 run, the Lions have given up over 20 points just twice and have a streak of six games in which they have kept teams at that 20-point mark or lower. Detroit’s stingy nature on the defensive side of the football has also come at the perfect time, as the struggles of the Packers and Vikings have allowed the Lions to take a two-game division lead with four games left in the season.

Detroit’s most impressive defensive performance of the season came Sunday afternoon against the New Orleans Saints at the Superdome, where the Lions shut down Drew Brees for four quarters at the Superdome. The Saints have lit up the scoreboard at home this season, but the Lions put an end to that success with three interceptions in the second half, fierce tackling and discipline in limiting their penalties to prevent any free yardage for the opponent.

Thanks to interceptions from Glover Quin and Tavon Wilson, the Lions were able to blow the game open in the second half after Stafford threw a dagger to Golden Tate on a long third-down touchdown pass to seal the deal in New Orleans. The 28-13 win was a welcome stress-free Sunday for a Lions team that has needed plenty of fourth-quarter moments to get to their 8-4 record and first-place status.

THE @LIONS CANNOT BE STOPPED!

Next up for the Lions are the Chicago Bears, which should help their odds of holding onto the division lead over the final month of games. But two straight on the road versus the Giants and Cowboys before a Week 17 date with the Packers could keep things interesting if Detroit fails to win a game on the road against those two NFC East contenders.

While the final three games on their schedule are tough tests, nobody should expect the Lions to falter down the stretch with a defense that is suddenly one of the best in football despite no star player to credit for the success. Glover Quin is amazing, rookie Miles Killebrew could be a future star and a handful of other players also deserve recognition. But this Lions defense has done it all season through cohesiveness as a unit.

In a league that has shifted into an offense-centric era, the Lions have lost their Hall of Fame wide receiver and have recovered with hard-nosed football from a group of relative unknowns. Expect that defense to get more attention as this Lions defense is fueling an unexpected run to the playoffs.

** Eric Berry continued his heroics for the Kansas City Chiefs with an interception return to the house on a two-point conversion attempt from Atlanta Falcons quarterback Matt Ryan that proved to be a game-winner at the Georgia Dome. Berry’s read of Ryan on the play with Atlanta up 28-27 swung the tables, allowing the Chiefs to steal yet another game they easily could have lost. That’s been a common theme for the top of the AFC West this season.

While it is hard to predict if a team can continue to make big plays in the fourth quarter to steal games, the Chiefs’ penchant to swing the tides with big turnovers in the second half deserves credit. Andy Reid’s team could easily be further behind the Raiders in the AFC West, if not for some big-time plays from Berry in fourth quarters this year. With a Thursday Night Football tilt versus Oakland up next, the Chiefs are in position to take first place with a win, thanks to Berry’s impact play.

Joe Flacco is on

** The Miami Dolphins’ feel-good win streak was put to rest on Sunday by the Baltimore Ravens, who joined the AFC Wild Card chase with a blowout win at M&T Bank Stadium. A wire-to-wire win from Baltimore now makes things very interesting for the group of teams who are chasing the second Wild Card spot behind the Chiefs in the AFC.

With Miami and Baltimore both at 7-5, the Chiefs (or the Raiders, should they lose to the Bills in Week 13 or at Arrowhead next week) and Broncos will have competition in the Wild Card race once they beat up on each other later this month. It will be a tough task for any team behind the stacked AFC West to steal a Wild Card spot, but with the Ravens now on fire and the Dolphins still alive after their setback today, we are headed for a fun playoff chase through December.

** The San Francisco 49ers helped their efforts to stay alive for the No. 1 overall pick in the 2017 NFL Draft with an abysmal effort against the Chicago Bears at a snowy Soldier Field today. Chip Kelly’s team put in a minimal effort to win the game on the road and Colin Kaepernick had his worst game of the season in Chicago’s winter conditions to drop to 1-11 on the year. It was a perfect result for a 49ers team that has made no secret about rebuilding their roster after the Kelly hire.

The Niners will need the Browns to end their winless season to steal the first overall pick. But the tanking in Santa Clara should help get a franchise that has fallen apart since parting ways with Jim Harbaugh to get back on track. Kelly needs draft picks to improve one of the NFL’s worst rosters, and losses like this one will get him what he needs. But will fans used to being in the playoff picture and making runs at the Super Bowl have patience for a slow rebuild?