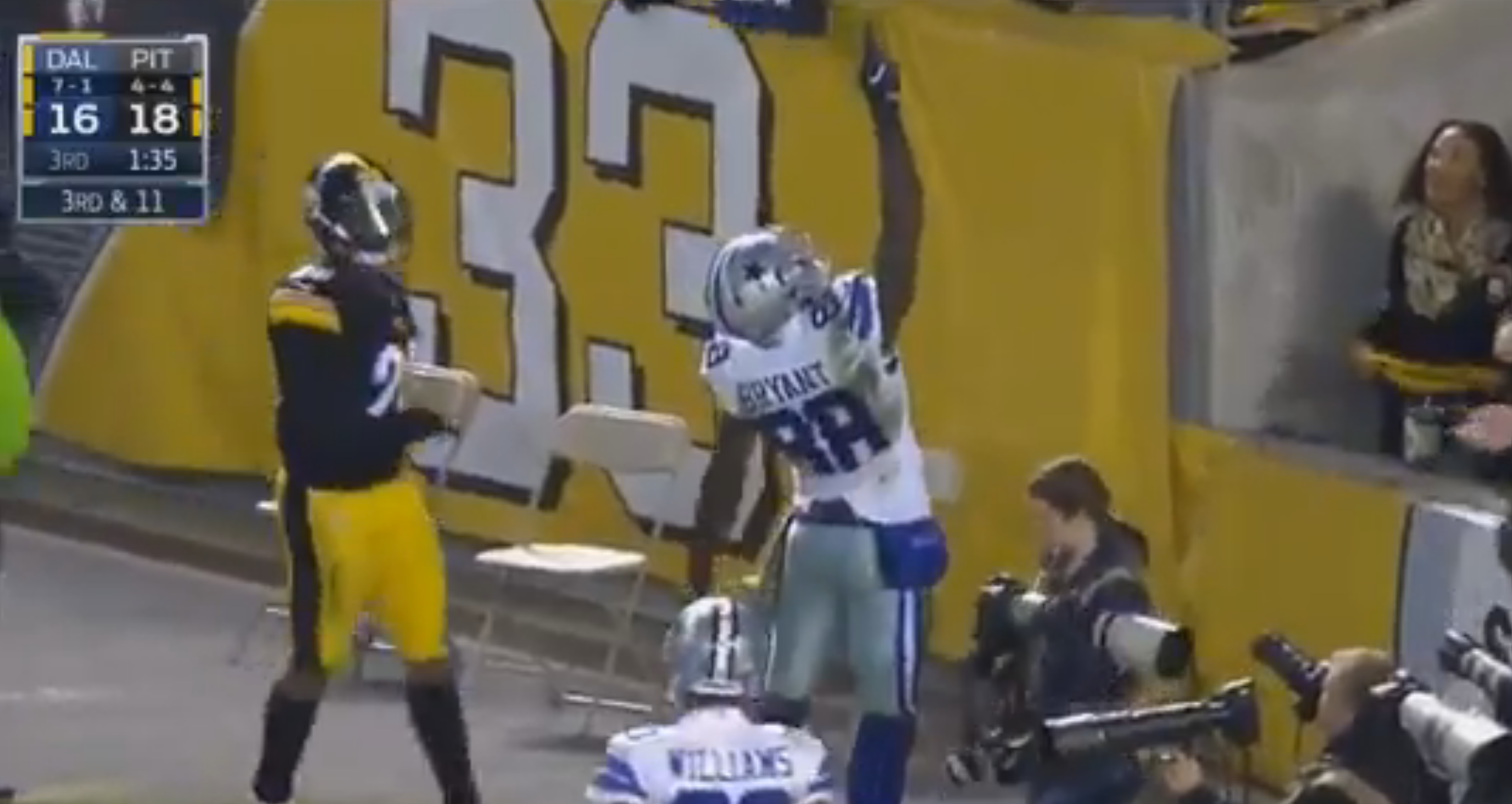 Dez Bryant has had a rough year on and off the field in terms of injuries and missing practices and doctor’s appointments. However, all of that went out the window this weekend in what was presumably the toughest game of the wide receiver’s life.

On Saturday, the day before Bryant and the Dallas Cowboys were slated to face the Pittsburgh Steelers on the road, Bryant’s father passed away.

Daddy I know GOD got you.. I’m hurt but I refuse to ask why….you always wanted me to make sure things are good with the family especially my brothers…I honestly don’t know a man who walked this earth stronger than you…daddy I’m happy to take the torch…rip daddy

Cowboys’ sideline reporter Kristi Scales originally reported the news that Bryant’s dad passed away Saturday due to an undisclosed illness.

“Of course, he’s very sad,” Cowboys’ Owner Jerry Jones said about Bryant. “You only have one of those. But he was getting the kind of support you would think. He’s loved in the locker room and by the coaches as well. And so there was a lot of sensitivity and love being expressed to him. I’ll say this: If he wanted to be at some place in his life, I bet in would be right in the middle of that locker room to be dealing with that.”

Bryant played his heart out to the tune of six receptions for 116 yards and a touchdown. The 116 yards were his most this year, while the six catchers were his second most.

After the game, to celebrate how well he played during such a tough time in his life, the Cowboys gave Bryant the game ball.

The Dallas Morning News reported it wasn’t publicized how close the two were, as when Bryant was drafted back in 2010, the two had virtually no relationship according to the paper.

Cole Beasley on Dez Bryant playing with tears in his eyes: The whole game he was emotional. He was out there balling for his dad.

Dez Bryant clearly emotional as he enters the end zone.
He learned of his father's death yesterday. pic.twitter.com/lgyVK0ZTKI

Dak said Dez's father "had the best seat in the house" and that "this game can bring you peace." Said he was really happy for him. pic.twitter.com/BCsgjSWowm

Thank you Kavon and you are exactly right… we are a family https://t.co/2gwjxkkhQl

Whether you’re a Dez Bryant and/or Cowboys fan or not, it’s safe to say it’s hard not to be a Dez fan today.