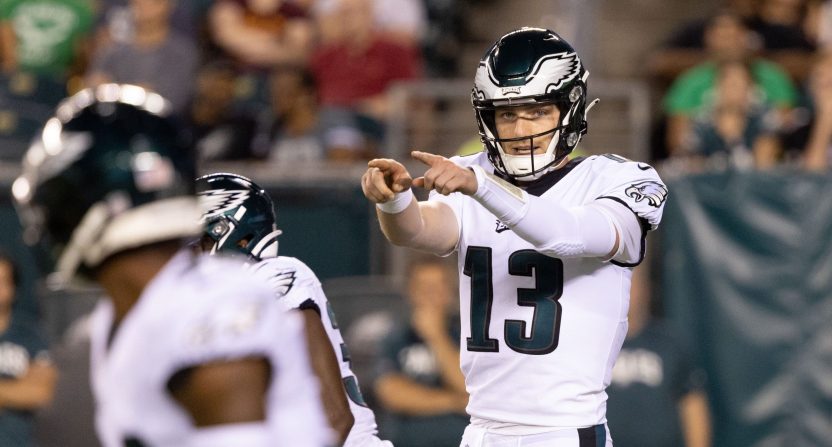 As the Miami Dolphins work out how they’re going to handle their quarterback situation while Tua Tagovailoa is in concussion protocol, they’ve signed a familiar face to their practice squad. The team announced Monday that it had signed quarterback Reid Sinnett to the practice squad.

Sinnett, who played college football at San Diego, originally signed with the Tampa Bay Buccaneers as an undrafted free agent in 2020. However, he was soon released and signed with the Dolphins practice squad a few weeks later. While he was activated for two games that season, Sinnett didn’t any playing time. He spent time on and off the roster in 2021 as well, showing flashes during the preseason, though he was eventually waived in October 2021 before returning now.

The quarterback spent the rest of 2021 with the Philadelphia Eagles though he did not play in any NFL games. He was officially released by the team in September and had been available until now.

Miami will go with Teddy Bridgewater as their starting quarterback until they know when Tua is returning. They also have rookie Skylar Thompson on the active roster. However, if anything happens to either of them, Sinnett could be elevated in the near future.

If Tagovailoa is able to return to the team in the near future, however, Sinnett’s third stint with the team might be a brief one.