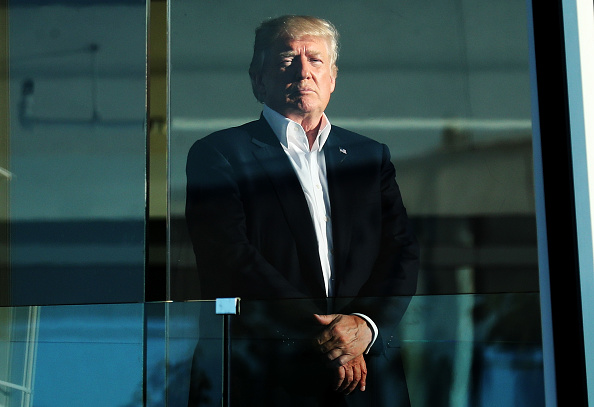 Recently, President Donald Trump has taken a break from watching TV and playing golf all day to sit down and tweet with his allegedly tiny hands about the NFL. He has made claims on everything from the league’s attendance, TV ratings, and even how entertaining the product on the field is currently.

Are these claims valid? Not quite. Trump’s tactics of using broad statements to make a point may work for a short amount of time. But through research and actual common sense over the next few months, many will become aware of just how truly bogus the President’s comments regarding the league actually are.

By using such broad statements to bash the NFL, Trump has been preventing his voters from learning the actual truth about the league and the details of what is currently going on. So let’s take a look at some of aspects about the NFL that the President is hoping his voters never find out about.

This may be the most important aspect of these recent events, due to it being the biggest misunderstanding.

During the 2016 NFL preseason, San Francisco 49ers quarterback Colin Kaepernick was seen sitting on the bench while the national anthem was played before the start of his team’s game. Kaepernick later switched from sitting to kneeling during the anthem and his teammate at the time, safety Eric Reid, explained why.

“During preseason, my teammate Colin Kaepernick chose to sit on the bench during the national anthem to protest police brutality.

I approached Colin the Saturday before our next game to discuss how I could get involved with the cause, but also how we could make a more powerful and positive impact on the social justice movement. We also discussed how we could use our platform, provided to us by being professional athletes in the NFL, to speak for those who are voiceless.

After hours of careful consideration, and even a visit from Nate Boyer, a retired Green Beret and former N.F.L. player, we came to the conclusion that we should kneel, rather than sit, the next day during the anthem as a peaceful protest. We chose to kneel because it’s a respectful gesture. I remember thinking our posture was like a flag flown at half-mast to mark a tragedy.”

Soon after, other players around the NFL began to kneel during the national anthem as well, including Denver Broncos linebacker Brandon Marshall. He later explained how he came to this decision.

When you look at the American flag, it represents everything. It represents the military, the government, rights, black-on-black crime. You can’t just pick and choose.”

After a number of his team’s players kneeled during the playing of the national anthem last season, even Miami Dolphins owner Stephen Ross had no trouble clarifying to others exactly why they dropped to one knee.

“I don’t think it was any lack of respect. I think everybody here, our team and our whole organization, respects the flag and what it stands for, and the soldiers and everything. But these guys are making a conversation of something that’s a very important topic in this country, and I’m 100 percent supportive of them.”

Many people, including the current President, have totally misinterpreted the purpose for why these players have been kneeling during the national anthem. Not a single player has come out and said that their decision to kneel was specifically to disrespect the American flag, the military, or the country that allows them the freedom to protest.

Perhaps Trump should take a little time to actually do some research before he blurts out a completely false statement to his Twitter followers. But that would also require him to actually read something.

The NFL is still the most watched sport in America, by far

In the midst of his recent Twitter tirade against the NFL, the President has claimed that the league’s ratings are WAY down (I caps-locked it just like he did). Unsurprisingly, this is not exactly the case.

Of the most watched sporting events through July of 2017, the NFL owned all of the first 10 slots.

Trump can make the statement that the league’s TV ratings are down and be correct. What is not correct, however, is his reasoning for why the ratings are down or the claim that there are actually fewer people watching the NFL today than in the past.

Saying that the league’s TV ratings are down because of the recent player activism is something that can likely be proven to be correct. But it is also like saying people poop because they eat food.

Yeah, it is a true statement, but not real reason for the decline in out-of-date television ratings.

More and more people today are getting rid of their outrageously-expensive cable box and switching to the more affordable and practical streaming services. According to The Atlantic’s Derek Thompson, people between the ages of 18 to 24 are watching 42 percent less television the old fashioned way (everything is live or DVR’ed) than they were in 2010.

This has had a tremendous impact on all television programming, including sports. There may be fewer live viewers watching the NFL, but the league’s TV numbers still dwarf anything from any of the other major sports in the United States.

Game 5 of the NBA Finals last year between the Golden State Warriors and the Cleveland Cavaliers had a total of 25 million viewers. That was the most for a Finals game since 1998 and even that was still was less than the amount of people that watched a Saturday afternoon first-round playoff matchup between the Oakland Raiders and Houston Texans last season.

During Game 7 of the World Series last year between the Chicago Cubs and the Cleveland Indians, 40 million people tuned in to watch the Cubs break their championship curse. More people tuned in for this game than any other baseball game since 1991. And still, a second-round NFL playoff matchup between the Dallas Cowboys and Green Bay Packers had over eight million more people watching than those who viewed the final game of the 2016 World Series.

So sure, Trump can go ahead and say that less people are watching the NFL these days. But he should make sure to include that it still continues to draw more viewers than any other televised professional sport in the country.

As much as his recent tweets and comments about the league have been rather snarky, the President has failed to remind his voters about his deep desire to one day own an NFL team.

He made his first attempt in 1981 when he tried to buy the Baltimore Colts. His offer was rejected, but if you ask Trump, he didn’t even make an offer.

Then back in 1984, during a meeting with then-NFL commissioner Pete Rozelle, Trump, who was the owner of the USFL’s New Jersey Generals at the time, pleaded his case to be a franchise owner to the commissioner. But Rozelle wasn’t buying it.

“Mr. Trump, as long as I or any of my heirs are involved in the NFL, you will never be a franchise owner in the league.”

Obviously, not getting his way made Trump incredibly unhappy. So much so that he even lied in court in 1984 when he said that Rozelle actually did promise him NFL ownership one day.

Next came 1988, when Trump opted out of purchasing the New England Patriots. He was told that the ownership of the team would include paying off the debt left over from the previous team owners and Donald said no thanks.

Years later, Trump found himself attempting to own an NFL franchise yet again. In 2014, the President was among the top candidates to acquire the Buffalo Bills. However, Trump was outbid by another filthy rich person and his NFL ownership dreams were squashed once again.

If anyone believes that the President still does not want to own an NFL team, then they are crazier than Trump himself. He has made attempt after attempt to own an NFL franchise and after continuously not getting his way, he is doing the mature thing now and bashing the league that he still so desperately wishes he was a part of.