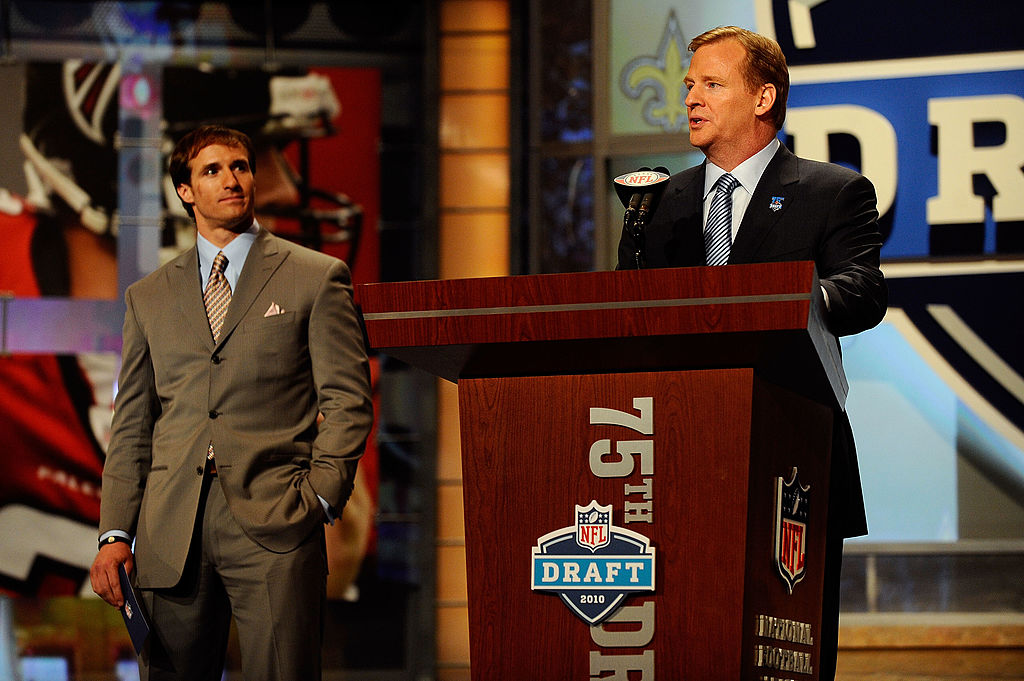 After Tom Brady’s Deflategate suspension was reinstated by the 2nd Circuit Court in New York earlier this week, many players are coming out in support of their colleague and against the NFL commissioner Roger Goodell, the latest being Saints quarterback Drew Brees. On a media tour unrelated to the Brady decision, Brees decided to hit back against Goodell and the league’s discipline policies.

“I think we would all agree that he definitely has too much power,” Brees told SI.com. “He is judge, jury and executioner when it comes to all the discipline. I’m not going to trust any league-led investigation when it comes to anything. It’s not transparent.”

“I think this was an issue again where the commissioner’s authority was challenged and the league is gonna do whatever they can to make sure they know that he is in position to make these types of unilateral decisions, and there’s nothing anybody can do about it”, Brees said on the Dan Patrick Show. He wasn’t finished, either.

Brees is a former member of the NFLPA’s executive committee, so it makes sense that he’d come down against Goodell’s massive power when it comes to disciplinary matters, although the NFLPA did collectively bargain that power into the CBA. Brees also had to deal with his team’s punishments during the 2012 Bountygate scandal.

“We’ve been witness to this down in New Orleans firsthand,” Brees told “The Rich Eisen Show.” “There’s just so much mistrust from the players’ perspective and the fans’ perspective. Nothing’s transparent about it. It happens behind closed doors and you always feel like there’s an agenda at play.”

Goodell, for his part, is defending the power he’s been granted and why it’s necessary.

“We think it’s important that the commissioner protect the integrity of the game, that you can’t entrust that to someone who has, really, no understanding of our business.”