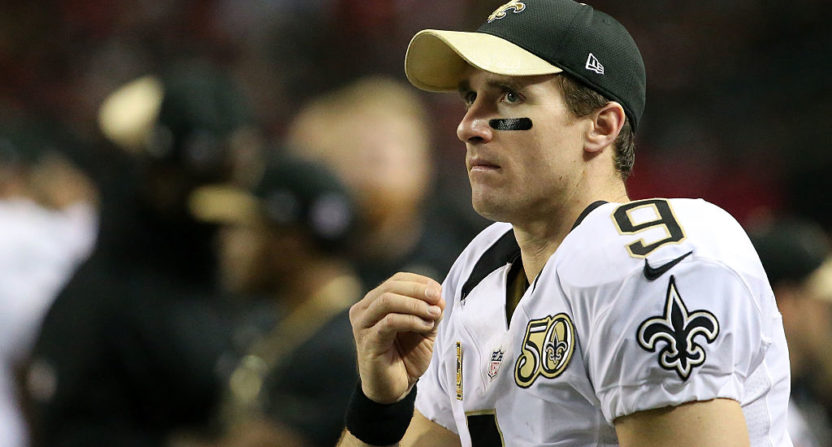 Mike Vick and Terrell Owens aren’t the only Pro Bowlers getting involved in flag football. New Orleans Saints quarterback Drew Brees is starting up his own flag football league, but this one will be for kids and not former NFL stars looking to recapture their glory days one last time.

Brees is launching a co-ed youth flag football league in an attempt to make football more accessible for kids without exposing them to the risks of head trauma at an early age.

“I think that this has the opportunity to really save the game of football, honestly,” said Brees.

The Football ‘N’ America league will launch fall in New Orleans, Baton Rouge and Covington, Louisiana. If it is successful, the plan will be to branch out to other spots outside of Louisiana in the years to come.

This is a great decision at a time when more and more football players are suggesting they would not allow their own kids to play football. As we learn more and more about the long-term effects of CTE, especially in football, there is a movement to scale back how many kids are playing football, especially of the tackle variety. Brees is among those who would not allow his kids to play the same form of football he has played for years, which may have influenced him to look for a new way to allow his kids to try and follow in their old man’s footsteps.

“I would not let my kids play tackle football right now, because I don’t think that’s necessary, and I don’t think it’s as fun at this level, and I just think there’s too much risk associated with putting pads on right now at this age,” Brees said. “So how can I still allow them to enjoy the game and learn about the game and develop a passion for the game and enjoy everything it has to offer? Well, flag football.”

Flag football is fun, and kids should have fun. We’ll see if Brees’ attempt to launch a flag football league takes off as a viable alternative for kids who want to play football.