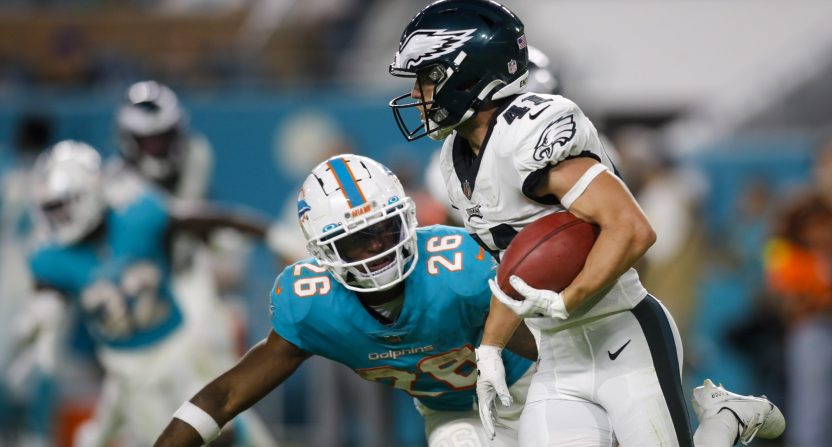 The life of a practice squad player in the NFL can certainly be a grueling one, and getting signed to an active roster can often be one of the greatest moments for any fringe NFL player.

This situation happened to Philadelphia Eagles wide receiver Britain Covey ahead of the team’s game against the Minnesota Vikings. But apparently not everyone got the memo that Covey was an official member of the roster.

According to Philadelphia radio host Howard Eskin of 94.1 WIP, Covey was denied access to the Eagles team parking lot by parking attendants because they didn’t realize that he was a player.

After being denied a spot in the Eagles team parking lot, Covey was given no choice but to park next to some fans tailgating for the game.

This seems to be a true story, with a fan taking to social media to post a picture that Covey took with them before the game, who reportedly didn’t recognize Covey either at first.

Covey seemed to take the situation well, replying to the fans that he met outside of the stadium

Covey actually served a pretty important role for the Eagles on Monday, serving as the team’s punt returner in their  24-7 victory over Minnesota.

The rookie wide receiver comes to Philadelphia after going undrafted in the 2022 NFL draft out of Utah. He will look to secure a more full-time role with the Eagles moving forward.