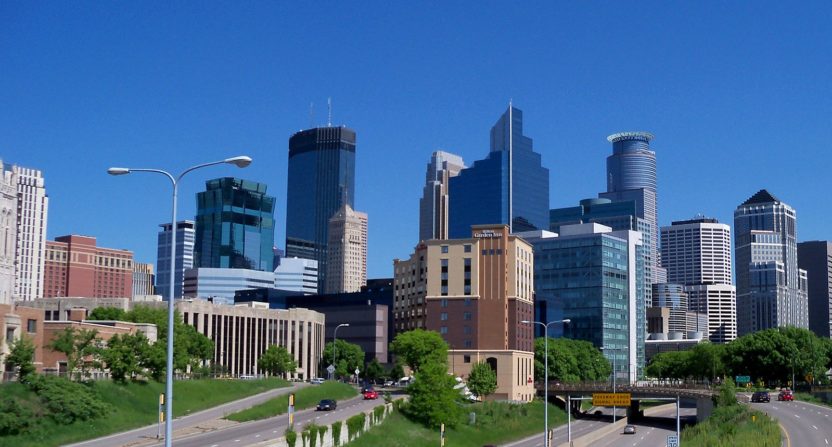 After humiliating their beloved Minnesota Vikings, the Philadelphia Eagles have been getting a bit of a cold shoulder during their trip to Minnesota for the Super Bowl this week. Getting booed by Vikings fans at the Super Bowl’s opening night event was to be expected, but some players are also finding it a bit difficult just to make a dinner reservation. Is there some hostility and bitterness from the NFC Championship Game spilling over in play here?

Eagles safety Chris Maragos isn’t entirely sure what the deal is but has said he had a tough time just getting a dinner reservation made for him and some teammates. It took him four tries just to get a table somewhere this week. Maragos claims it took him over a day to finally get that coveted reservation.

I’ve called 3 Restaurants in Minneapolis to get a reservation for me and my teammates and “can’t” get in ??? Well played Minnesota fans, well played ???? #FlyEaglesFly

UPDATE… I’ve found a reservation, all is good in the world!!

The quick defense for the lack of available tables in Minnesota this week is easily explained by the fact the Super Bowl is in town this week, and with that comes travelers for the week-long preparations. Fans of both teams may be coming in closer to the game, but throngs of media have already assembled in the region and that means tables are going to fill up quickly. And in some cases, dinner reservations may have been made weeks, if not months, in advance because many people knew for a fact they would be making the trip to the Super Bowl. Teams may be confident in their chances, but nothing becomes official until the clock strikes zero on the conference championship game. It is entirely feasible to think Maragos and the Eagles players are not being blackballed by restaurant owners in the Super Bowl host city but are just too late to make those reservations.

“When it comes to Eagles players, it’s the color of money as far as we’re concerned,” Kip Clayton, a PR/marketing rep for Manny’s steakhouse, according to ESPN. “The other piece of it is, if we had reservations open we’d be there with open arms for them … I can guarantee you. I think other unnamed prominent quarterbacks tried to get reservations or private events spaces at Manny’s and if they’re booked, they’re booked.”

It’s a big party week whenever the Super Bowl comes to town, and events and dining establishments bring in plenty of business thanks tot he Super Bowl. Business is booming during Super Bowl week, so the thought that bookings are filling up well in advance makes sense.

However, there is evidence to suggest some Eagles players may be intentionally having a more difficult time as well. Last week, it was reported Vikings fans were planning to sign up for Uber for the sole purpose of being able to drop off Eagles fans at the wrong locations during Super Bowl week. Airbnb has come out and stated people in Minnesota offering their residences to tourists are not allowed to discriminate against anyone coming in from the Philadelphia region.

Yeah, give a Philly fan your address, then cancel their reservation a week before the Super Bowl. Let me know how that works out for you. #FlyEagelsFly

Eagles fans and players should expect to be receiving a not-so-warm welcome, but ultimately a restaurant is going to take your money as long as they have the space to do so. Maragos and the Eagles are probably just learning how hard it can be to find a place to eat during the week of the Super Bowl, and this is a story that could probably be seen in any other city as well.