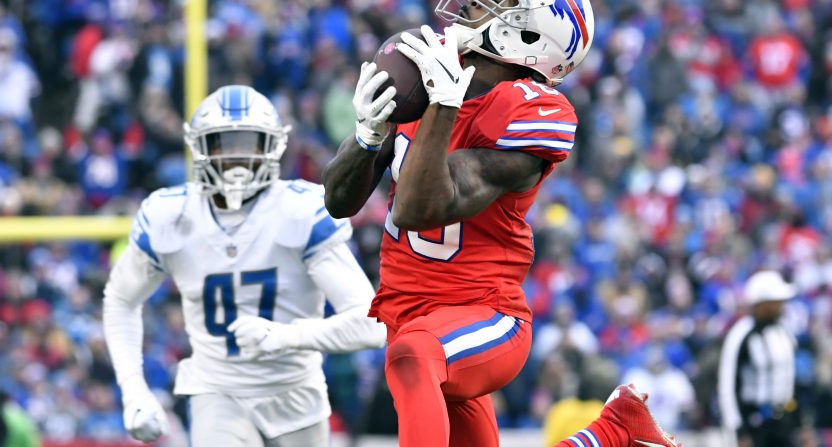 The Bills head into the new season with a completely revamped offense thanks to some smart yet bold business by Brandon Beane and Sean McDermott. There will be eight new faces in the attacking lineup and this could be a difference-maker. The question marks remain for a side that had just six wins during 2018 and a quarterback who is still developing.

It is not a case of simply hoping Josh Allen improves significantly, although that will have a big part to play in any success the Bills have. They need to get more out of the team in every department and one of those might see Ed Oliver make an immediate impact.

The defensive tackle was voted Buffalo’s MVP from training camp by ESPN and has impressed many onlookers with his performance since joining the franchise as a first round, ninth overall pick. Ed Oliver was matched up against Quenton Nelson in one of the preseason games and more than held his own.

“I think that’s a great way to start your career to go against one of the best in the NFL, to get a taste of it here, that’s what the preseason is for,” said Bills preseason caller Andrew Catalon. “I think it will really help Ed Oliver as we progress forward.”

Oliver played his college career with Houston Cougars who have a solid reputation for producing pro football players even though the team is priced at +75000 to win the NCAAF Championship in the American football odds. He was noted for being the first freshman to win the Bill Willis Trophy and during his first year playing for Houston, he made 60 tackles and five sacks.

In his second year, he would win the Outland Trophy which is awarded to the nation’s top interior lineman. This only added to his reputation and he chose to forgo his senior year and instead enter the 2019 NFL draft.

The Bills now have a player they can use to help other players improve with Jerry Hughes projected to have his most productive year since 2014. Oliver is expected to thrive in the system Buffalo will look to employ in 2019 which will allow the 21-year-old to use his pace at the line of scrimmage to take advantage in a way he was not able to in a more lateral role with Houston.

Of course, Ed Oliver hitting it off immediately won’t be the only thing the Bills need to happen in order to reach the play-offs. The health of Mitch Morse will also play a part as will the chemistry of John Brown and Cole Beasley and the consistency of Josh Allen but there is a lot of optimism resonating out of Buffalo. If the Bills can get it all together then a tilt at the post-season is definitely not out of the question. Watch this space!