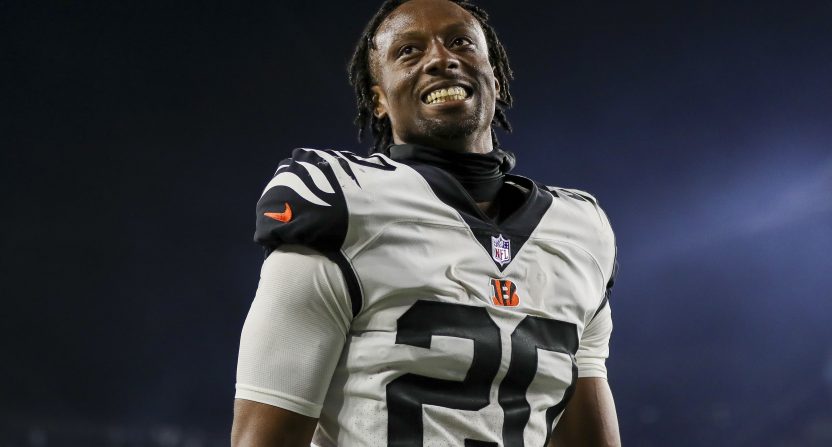 After Miami Dolphins receiver Tyreek Hill called him out earlier in the week saying he “owed him” you know it was going to be a good battle between Cincinnati Bengals cornerback Eli Apple and Hill.

Once Tyreek Hill was informed the Dolphins are playing the Bengals Thursday, he immediately started talking trash to Eli Apple #Bengals #Dolphins

Apple and Hill have a history that goes back to last year when Hill’s former team the Kansas City Chiefs faced the Bengals in the AFC Championship Game.

As many may recall, the Bengals were down double digits at the half but would come back and win the game and go to the Super Bowl.

Apple took to social media afterward to taunt the Chiefs and Hill who didn’t take too kindly to his words.

Hill wanted payback and although Hill would have a nice game against Apple (he had 160 yards) Apple did keep him out of the endzone.

Apple said the most important thing for him and his team is getting the win.

“It’s always good to win. Especially this week when it’s a little added with people talking,” Apple said, per the team’s website. “But it’s about who leaves the game with a dub. We did.”

He did however admit that he had his hands full covering Hill Thursday night. The win put the Bengals back at .500  after they started the season 0-2.