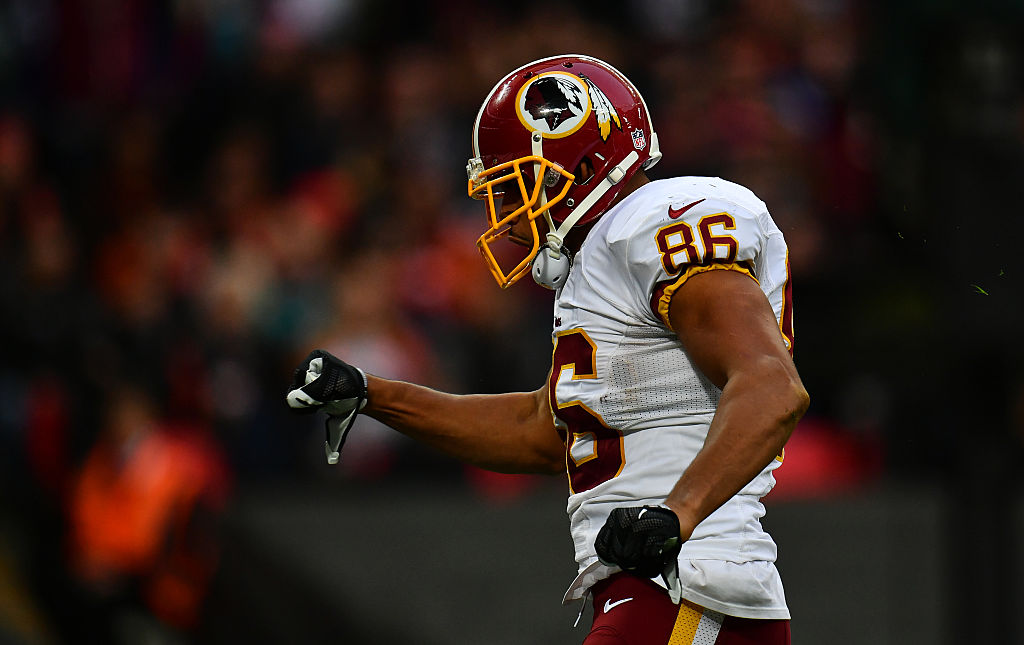 After a tie game on Sunday Night Football last week between the Arizona Cardinals and Seattle Seahawks, the NFL faced another tie in a high-profile game in Week 8. The Cincinnati Bengals and Washington Redskins ended their game in London in a 27-27 stalemate after each team failed to score in overtime.

Miscues in the final 15 minutes allowed for a draw between the two teams in a game where ineptitude ruled the day in England. Andy Dalton failed to pick up crucial first downs to get into field goal position for Mike Nugent on two occasions in the overtime period. On the Washington end, a missed 34-yarder from Dustin Hopkins and an offensive pass interference call on the last drive of the game from Pierre Garcon blew their chances of winning the gamess.

The game itself was an entertaining affair, but with yet another tie complicating the standings in two divisions, it might be time for the NFL to consider a further change to its overtime rules to improve the product and create some satisfaction for everyone involved. The NFL needs to use the overtime format from the playoffs in the regular season. In other words, play until there is a winner. No ties.

It can be exciting to cheer on the rare tie, but the NFL deserves a format that determines a clear winner in every game that is played throughout the season. College football has had it right for years now after doing away with the tie, and it led to an improvement in their product while also simplifying the regular season standings. The NFL should do the same to ensure fans go home with a winner and a loser in every regular season game, even if it requires multiple overtimes to determine a victor.

While the playoff format would complicate the NFL’s television windows in the case of a marathon game, the removal of ties would greatly benefit the league in terms of simplifying the standings in addition to enhancing the overalls product. As mentioned, ties can be thrilling due to their rarity, but the entertainment benefit of a second overtime and a clear winner in every game played far outweighs any drawbacks. The NFL is currently the only one of the four major U.S. pro sports to have overtime ties in the regular season, which needs to change for a league that thrives on the importance of every Sunday.

With the unusual nature of ties in the NFL, it is unlikely we will see the competition committee adopt the playoff overtime format for the regular season any time soon. However, with two ties already this season and yet another close call in Week 8’s Tampa Bay-Oakland match-up, the current trend of tie games could finally spark the discussion amongst coaches.

In a league focused on a win-at-all-costs mentality, to keep the current format of tie games is nonsensical. After two weeks where two games settled nothing but a complication in the standings, it is time to start pushing for continuous overtime in the regular season. Some might disagree, but there should be newfound support in at least four NFL camps that now have to do some math for the rest of the season when looking at their complicated playoff scenarios.

** Sebastian Janikowski has had a legendary career with the Oakland Raiders, but it appears his best days are now well behind him after a nightmare afternoon in Tampa Bay. Seabass missed two field goals, one in the final seconds of regulation and the other in overtime to prevent the Raiders from putting the Bucs away. Missing game-winners will draw the ire of the Raiders front office, which currently pays Janikowski one of the richest kicking contracts in the league to make big field goals.

Luckily for Janikowski, the Raiders ended up with the win after Derek Carr and Seth Roberts connected for a walkoff touchdown on 4th-and-4 in the final minutes of overtime. However, if Janikowski continues to miss big kicks, there could be a chance the team seriously considers a change in the offseason after a long run with their longest-serving player.

** Matthew Stafford’s MVP train was stalled in its tracks in Houston today after the Lions scored just 13 points in a disappointing road loss. The Lions offense let down Stafford, who faced all sorts of pressure from the blitzing Texans defense. Still, the Lions count on Stafford to lead them, and if the voters are to consider him as a real MVP candidate this season, he needs to do better than the three games which the Lions have lost with less than 20 points scored.

** The Cleveland Browns had a chance to end their winless start to the season at home to the Jets today before blowing a double-digit lead to Ryan Fitzpatrick. Head coach Hue Jackson’s team has come out strong only to falter in the second half on a few occasions this season and needs to find a way to put together a full four quarters if they want to get in the wins column anytime soon. The Browns still should win a game in the final half of their schedule, but at 0-8, you have to wonder if this team has what it takes to close out games after yet another blown lead to a subpar team.

** The Panthers kept their season alive with a big win at home over the Arizona Cardinals, and New Orleans did the same with a win over the Seattle Seahawks to make things suddenly interesting in the NFC South. Both teams struggled in the first half of the season, but have now managed to put some pressure on the Atlanta Falcons with big wins over NFC West teams on the same day.

Packers leading Falcons 21-13 in Atlanta. If GB can emerge victorious, #Saints would enter Week 9 just a half-game out of 1st in NFC South.

That success from the Panthers and the Saints should be a scary sight for a Falcons team that threw away a hot start to the season last year under head coach Dan Quinn. The Falcons squeaked out a 33-32 win over the Packers, but anything could happen in the NFC South over the final half of 2016. Based on the Falcons’ recent history, bet on a tight division race come December as one of three sub-.500 teams should apply the pressure on the division leaders by the end of the year.