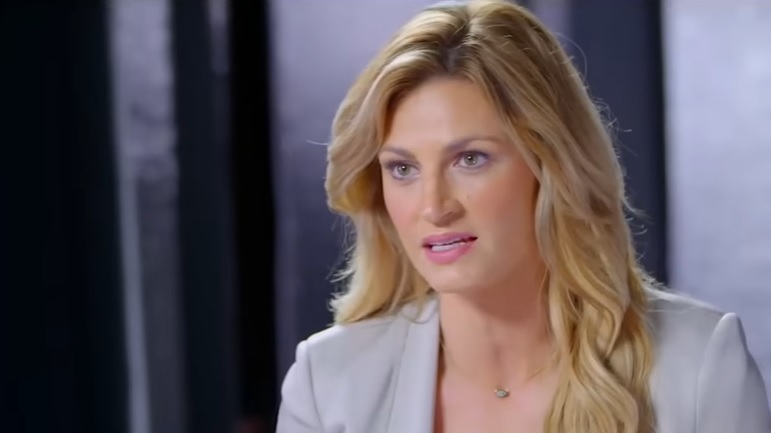 Erin Andrews had a tough 2016, but it was even more difficult than we knew about. The Fox reporter and Dancing with the Stars co-host had to endure her civil trial against the Nashville Marriott and the stalker who filmed video of her in her hotel room, making a terrifying, violating incident even more public than she would have wished.

But in a feature for The MMQB that lends insight into what Andrews was thinking and experiencing during the trial, along with its aftermath (during which laws were adjusted because of the stalking incident and its cyber-crime nature), writer Emily Kaplan also reveals that Andrews was diagnosed with cervical cancer last fall. Andrews received the news from her doctor during the process of covering a game between the New York Giants and Washington Redskins last September.

“Andrews would need surgery, and soon. ‘When you hear the word cancer, you fear the worst,” her father says. ‘When it’s your child, you think to yourself, you think to God: Take me, not her. She has been through enough. She is just getting her life back.'”

Andrews had surgery in October, preparing after that Week 3 NFL matchup and taking time off from her Dancing with the Stars co-hosting obligations. At the time, the information given to the media and public was that Andrews was taking a break to help support her boyfriend Jarret Stoll, who had just suffered the tragic loss of his teenage nephew in an auto accident. While that was true, Andrews was also addressing her cancer diagnosis and preparing for surgery. She did not tell any of her Fox or ABC colleagues about the diagnosis.

Amazingly — and surely unadvisedly — Andrews was back at work two days following the procedure, recording a feature with Green Bay Packers receiver Jordy Nelson. Another two days after that, she was working the sidelines for Fox’s telecast of the Packers game versus the Dallas Cowboys from Lambeau Field.

“Should I have been standing for a full game five days after surgery? Let’s just say the doctor didn’t recommend that,” Andrews says. “But just as I felt during my trial, sports were my escape. I needed to be with my crew.”

Again, no one at Fox knew about the cancer diagnosis, nor the surgery she had undergone. If so, everyone associated with the Fox NFL broadcast — if not the network itself — surely would have told Andrews to sit out for at least a week. But as Andrews said, there’s something to be said for the healing power of getting back into some form of normalcy and taking your mind off an illness to help recover.

Andrews did eventually share the news with her Fox colleagues after a few noticed that she wasn’t quite herself. By mid-November, she had another visit with her doctor and was soon told that she was cancer-free. Radiation or chemotherapy treatments would not be necessary.

All of this was quite a revelation to include in the middle of a longer feature. It could be argued that Kaplan buried the lede. But Andrews’ cancer diagnosis and surgery was one part of the much bigger story of what she went through during the past year. While she’s still extremely cautious, as the article details, and has a new appreciation for family, friends and work in light of her experiences, Andrews has been through far more than we ever could have gleaned from watching her on television. Powering through it and still standing afterwards is all part of the larger point.