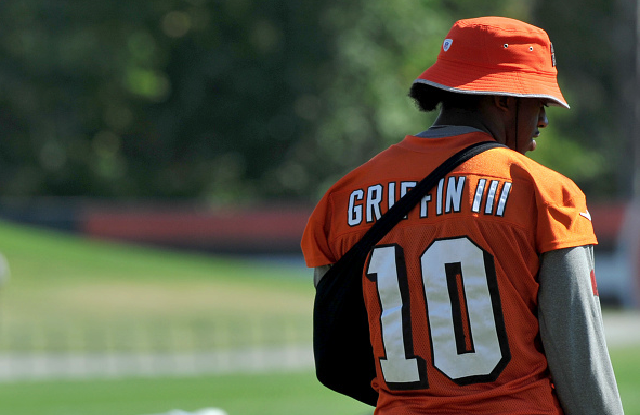 Nothing may be more frustrating to an NFL front office than paying players to not play. Whether it is due to injury or cutting a player while still having a significant salary cap commitment to him, throwing away money in the NFL — even in a world where teams routinely have well over $100 million to spend in a year — is not the ideal way to do business.

There are two ways that cap space can be eaten up for players who are not on the field for a given team. One is, as mentioned, via injury. Players placed on injured reserve continue to earn their yearly salaries, even if they don’t end up being their respective team’s “return from injury” player (who, this year, does not have to be designated as such at the outset of his injury).

The other is via dead money, or guaranteed money that remained on the contract of a released player. Though these players don’t get paid the amount still outstanding on their deals, the money still counts against their former teams’ salary caps. Sometimes, this money can stretch beyond the current year. For example, the Pittsburgh Steelers cut running back Dri Archer last November, but still have $253,008 in cap space dedicated to his dead money this year.

Needless to say, dead money hurts teams more than cap space dedicated to injured players, given that the injured players would, presumably, be on the field if healthy. But the greatest ability in the NFL is, as the cliche goes, availability. Money spent on players unavailable, for whatever reason, is never a goal — even though it is part of the business.

The New Orleans Saints lead the league in dead money this year, just as they did in 2015. The Saints have had salary cap troubles for years, which has led them to offloading contracts in order to save cap space. The flip side, though, is that while these roster cuts do save them more cash than had they retained the players, the dead money is still not a negligible amount.

The Saints have a whopping 38 players with dead-money charges this year, including $12.1 million for linebacker Junior Galette. Their dead money total for the season is $37,885,635. On top of that, 14 players are currently on the Saints’ injured reserve list, a cap hit that as of now totals $8,261,351 and is almost guaranteed to change — and to rise — as the season wears on.

It should come as no surprise that the next two teams with the highest dead-money charges this year are the Cleveland Browns and Philadelphia Eagles. The Browns and Eagles spent the 2016 offseason switching out their coaching and front-office staffs and reversing a great deal of the moves made by the previous regimes: Mike Pettine and Ray Farmer in Cleveland and Chip Kelly, acting as both head coach and general manager, in Philadelphia.

In fact, all teams have at least $1 million in dead money currently on their salary caps for 2016, save one: The Cincinnati Bengals. The Bengals, who have done a stellar job at both drafting and managing free agents, whether their own or via the open market, are also smart in the ways they structure contracts to prevent dead money from clogging their coffers. Currently, the Bengals have just $674,415 in dead money and their injured reserve spending is also relatively mild, at $4,599,027 for five players. Other low dead-money figures include $1,171,852 for the Dallas Cowboys, $1,484,360 for the Tampa Bay Buccaneers and $1,725,917 for the Green Bay Packers.

Given how things have gone in just the past month, the Minnesota Vikings are unsurprisingly the league-leaders in injured reserve spending this year. Though they don’t lead the league in the number of players on IR — that would the San Diego Chargers, with 15 — their nine currently total $27,499,406. Most of this is taken up by just two players, running back Adrian Peterson ($12 million) and left tackle Matt Kalil ($11.096 million).

A healthier roster does not always mean the least money occupied by injured players. While the Atlanta Falcons have a league-low two players on injured reserve, leading to a league-low in IR cap ($876,435), the nine players the Carolina Panthers currently have on IR actually totals nearly $6 million less than the Miami Dolphins’ $9,059,849 linked to only five players. Cap space being eaten up by injured players is less about volume than it is the price tags of those who are injured. Though the same can be said for dead money, volume certainly plays a bigger role in that particular cap charge.

The good news for teams like the Saints, Browns and Eagles is that dead money charges aren’t expected to rise much for the remainder of the year. Yes, players will be cut and signed, and those cut will have some degree of dead money attached to them, but none will likely be the kind of big-name, higher-priced veterans that end up being casualties during the early parts of the league year.

The bad news — not just for those three teams but for all 32 in the NFL — is that injured reserve spending will only go up, as injuries increase in number as the season continues. Players will go from available to unavailable in a literal snap, turning their respective remaining cap hits from money that teams are actively using to simply money spent.