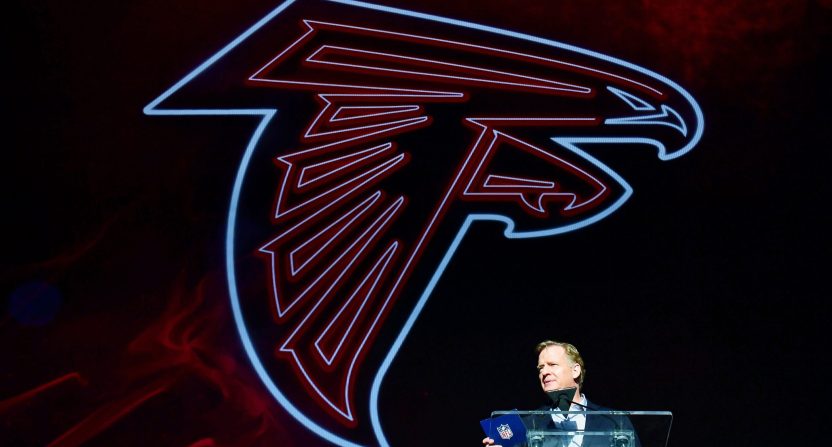 The NFL recently released the regular season schedule for the 2022-23 NFL season, and a number of teams announced their schedules on social media in unconventional ways.

The Dallas Cowboys had known Cowboys hater Stephen A. Smith release a video on his thoughts towards the team’s schedule, which the NFL world certainly found as comedic gold.

We couldn’t think of any one better to give his first take on our 2022 season schedule. Enjoy…😂😂😂

This is an example of a team perfectly understanding what type of content people would enjoy on social media.

The Atlanta Falcons on the other hand have caught some flack for their schedule announcement. The team posted this Twitter thread of their NFL schedule if each team were a specific type of chicken wing.

Our schedule as wings: A thread

The post in general is not one that went over incredibly well with the NFL world, with many questioning why they attempted to go this route with their announcement.

Remember how great the Chargers schedule announcement was? This is the opposite of that. https://t.co/WztX4TVaTN

the falcons social media team could throw at the ground and miss https://t.co/l3bknoNeTg

There are a number of issues with the Falcons’ thread, the first being that “San Francisco” is spelled wrong on their Week 6 graphic about the 49ers.

San Francisco didn’t even get an actual wing, as the Falcons’ social media team used cauliflower to represent them. It’s likely going along with the narrative that the city of San Francisco is more health-conscious, but it is just a weird entry into this thread.

The Carolina Panthers also didn’t get an actual wing, just an outline of what a wing would look like with a strange face on it. It’s unclear whether that was an attempt to call the organization bad or just pure laziness from the Falcons’ social media team.

The rest of the team’s wings are just bad jokes around the team’s host cities, like the Seattle Seahawks wing being dunked in coffee or the Los Angeles Chargers with sunblock alongside the wing.

If their thread is any representation of how well the Falcons will be performing this upcoming season, it may be another very long year for them.