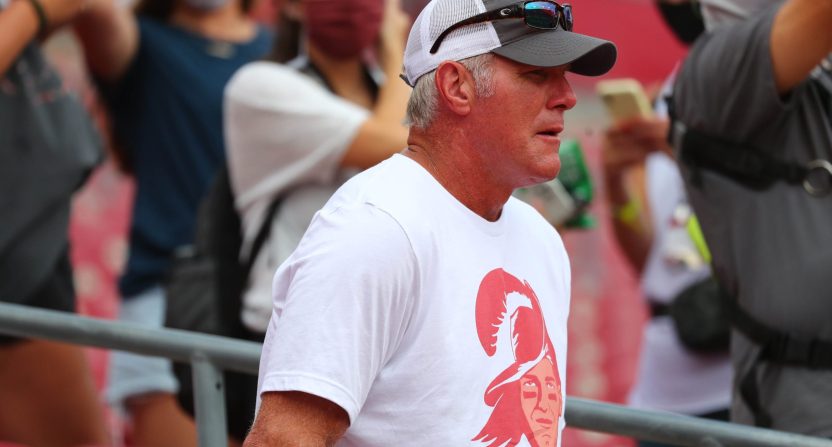 One of the strangest ongoing sagas involving an NFL legend has to be the one in which Brett Favre received over a million dollars earmarked for welfare funds as part of what appears to be a larger scheme to line the pockets of those associated with the former governor. Now we’ve learned that the FBI has questioned Favre over the money.

According to a court filing in July, former Mississippi Governor Phil Bryant directed a woman whose nonprofit received millions in subgrants from the Mississippi Department of Human Services welfare department to give Favre $1.1 million. The revelation came courtesy of Mississippi Today, which has been covering Favre’s involvement since it first reported in October that the former Green Bay Packers quarterback had been told to return $828,000 that he received from welfare funds that should have gone to needy families. Favre reportedly repaid around $600,000 but not the rest, which was considered interest.

The entire ordeal has been referred to as “the largest public embezzlement scheme in state history.”

According to a new report by NBC News, while Favre has not been accused of any crimes, his lawyer has admitted that the NFL legend has been questioned by the FBI over the matter, which was previously unknown.

Favre previously defended himself in a series of tweets last year, saying that he did not know where the money was coming from and wouldn’t have taken it had he known.

Of course the money was returned because I would never knowingly take funds meant to help our neighbors in need, but for Shad White to continue to push out this lie that the money was for no-show events is something I cannot stay silent about.

White, the State Auditor of Mississippi, responded to that Twitter thread with one of his own.

Still, Favre also wanted a $3.2 million grant to a drug company that he was an investor in and a $5 million award to build a volleyball arena at the University of Southern Mississippi from the former Mississippi governor, whom Favre said in texts that he would like to award shares in the drug company to while he was still governor.